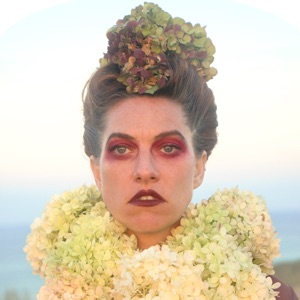 CIUDAD NATAL
New York, NY
NACIMIENTO
30 de abril de 1976
Acerca de Amanda Palmer
A singer, songwriter, pianist, writer, and performance artist with an experimental bent, Amanda Palmer was known as half of the Dresden Dolls before embarking on a solo career in 2007. She's also known for being half of the duo Evelyn Evelyn and for various side projects, including collaborations with Ben Folds, Jherek Bischoff, Brendan Maclean, her father, Jack Palmer, and her husband, writer Neil Gaiman.nnBefore she co-founded the "Brecht-ian punk cabaret" duo the Dresden Dolls, Palmer was a Wesleyan University graduate who had been involved in theater for a number of years. After college, she founded the Shadowbox Collective, a group that performed plays as well as street theater. (Palmer herself was a busker who performed as a living statue.) In 2000, she met drummer Brian Viglione. Though Palmer didn't read music, she formed the Dresden Dolls with him a year later and became the main musical force behind the group. She also continued to explore other creative avenues, and in 2006 released The Dresden Dolls Companion, a book that featured original art, a history of the band and its first album, and a partial autobiography by Palmer. At the end of that year, the Dresden Dolls performed the Palmer-penned musical The Onion Cellar with the American Repertory Theater.nn Around that time, she also began a project with experimental musician Jason Webley about musically gifted conjoined twins. Calling themselves Evelyn Evelyn, they released the EP Evelyn Evelyn in 2007, the same year Palmer started playing -- and selling out -- solo shows on the East Coast. In the spring of 2008, the Dresden Dolls released No, Virginia..., and that September, Roadrunner Records issued Palmer's solo debut, Who Killed Amanda Palmer. It featured Ben Folds as both a producer and a performer. She followed it in 2010 with a tribute to Radiohead on the EP Amanda Palmer Performs the Popular Hits of Radiohead on Her Magical Ukulele, and with Evelyn Evelyn, that project's full-length debut. In January 2011, she and Gaiman wed in a private ceremony in San Francisco. Only a month later, Palmer released the partly live Amanda Palmer Goes Down Under, an album filled with references to Australia and New Zealand and written while on tour there. That was followed in April with the EP Nighty Night, a collaboration with Gaiman, Folds, and OK Go's Damian Kulash under the name 8in8. In 2012, she worked toward the release of Theater Is Evil, her first solo studio LP since breaking ties with major labels. The album, which featured a group of musicians dubbed the Grand Theft Orchestra, was funded by fans through a campaign on the pledge-based fundraising site Kickstarter. The project's original goal of $100,000 was exceeded tenfold, with over a million dollars in pledges being collected. The record was released to widespread critical acclaim.nn November 2014 saw the release of Palmer's part memoir/part self-help book, The Art of Asking: How I Learned to Stop Worrying and Let People Help by Grand Central Publishing. She re-emerged with music in early 2016 in the form of Strung Out in Heaven: A Bowie String Quartet Tribute, a collaborative EP with Jherek Bischoff. That year, she also announced an album recorded with her father, Jack Palmer. The idea was spawned after the father-daughter duo made a number of live appearances together. Titled You Got Me Singing, it featured covers of songs originally recorded by a number of revered artists such as Sinéad OConnor, Leonard Cohen, and Richard Thompson. In 2017, Palmer teamed up with Legendary Pink Dots co-founder Edward Ka-Spel and issued the crowd-funded full-length I Can Spin a Rainbow.nn Palmer returned with There Will Be No Intermission, her first solo album in seven years, in March 2019. ~ Marcy Donelson u0026 Katherine Fulton 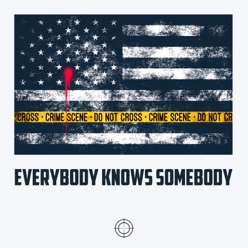 Everybody Knows Somebody - Single
2019 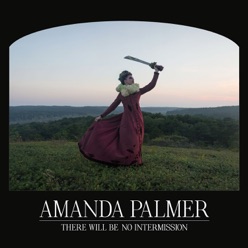 There Will Be No Intermission
2019 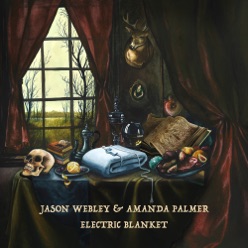