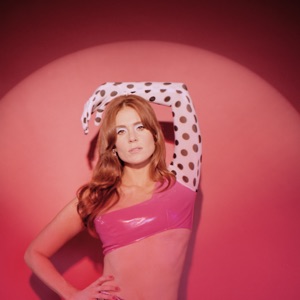 CIUDAD NATAL
Dublin, Ireland
NACIMIENTO
6 de julio de 1987
Acerca de Kate Nash
English singer/songwriter Kate Nash launched her career with piano-driven pop songs and cheeky lyrics that were delivered in a distinctive London accent, much like contemporary Lily Allen. In their early years, the two championed each other's music via social media and Nash soon found success with the platinum-selling Made of Bricks. With each successive album, Nash reinvented her sound, tackling neo-soul, post-punk, synth pop, and indie rock stylings into the 2010s.nnAlthough born in Dublin on July 6, 1987, Nash moved to North West London as a child and grew up amidst British pop culture. She learned to play the piano at school and took an early interest in acting, but a rejection from the Bristol Old Vic Theatre School dashed her hopes of a theater career. Following a foot injury that forced her to remain at home while the bones healed, Nash turned her focus to songwriting instead, looking for a diversion from the boredom that came with the recovery process. She booked herself a local gig to showcase the songs she had written while housebound; soon after, Nash uploaded home recordings of those compositions to social media.nnAs Nash's Internet popularity grew, she began releasing tangible copies of her music. Her first single was a 7" vinyl-only pressing of "Caroline's a Victim," backed with the acoustic track "Birds" and released by the London-based indie label Moshi Moshi Records. This led to a major-label deal with Fiction, an offshoot of Polydor Records that housed such mainstream artists as the Cure and Snow Patrol. Fiction released Kate Nash's first official single, "Foundations," which reached number two on the U.K. charts and remained there for five weeks during the summer of 2007. Nash furthered her star status by appearing at various festivals that summer -- including the O2 Wireless Festival, Isle of Wight, and Glastonbury -- and made television appearances on Later with Jools Holland, The Jack Daniels Set, Popworld, and The Friday Night Project. To capitalize on the surprise success of "Foundations," her debut album, Made of Bricks, was rush-released in August 2007. It entered the U.K. charts at number one, with sales of nearly 60,000 copies during its first week, and was released in America the following January.nn Nash began working on her second album in March 2009. By June, former Suede guitarist Bernard Butler had signed on as the album's producer, and Nash began posting rough demo recordings on MySpace as the studio sessions continued. My Best Friend Is You was released the following year, bringing with it a newfound appreciation for Motown and peppy, sugary neo-soul. In 2013, Nash returned with her third studio album, Girl Talk, which featured a more edgy, punk and indie rock-influenced sound. That year, she also issued the holiday-themed Have Faith with Kate Nash This Christmas, which included "I Hate You This Christmas" and "Christmas Is in the Air" with the Tuts. The "Good Summer" single followed in 2016. The next year she issued the Agenda EP, featuring the singles "Call Me" and "My Little Alien" (which would later reappear on her next LP). In addition to Agenda, 2017 also saw Nash flex her acting career with a role on the female wrestling show GLOW. In 2018, she returned with her fourth long-player, the synth-heavy Yesterday Was Forever, home to the singles "Drink About You" and "Life in Pink." ~ Andrew Leahey 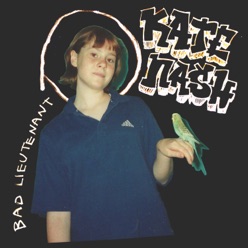 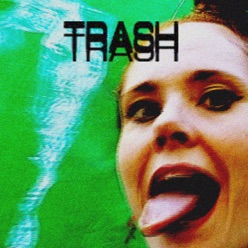 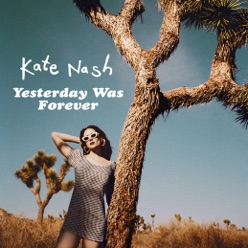