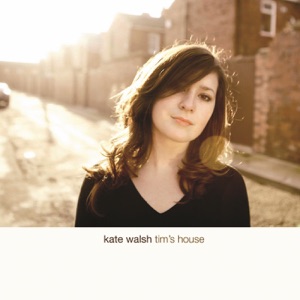 CIUDAD NATAL
Burnham-On-Crouch, England
NACIMIENTO
1983
Acerca de Kate Walsh
British singer/songwriter Kate Walsh became one of the U.K.'s most celebrated newcomers with the release of her second album, Tim's House, which became the first album by an unsigned artist to ever top the digital charts. Born in 1983 in Burnham-on-Crouch, a quiet fishing community in the town of Essex, she was surrounded by a wide variety of music while growing up, from her father's Pink Floyd records to her brother's electronic music. While still a young girl, Walsh took piano lessons and developed a talent for interpreting the works of Debussy and Ravel, although it wasn't until she picked up a guitar in her teens that she began writing her own music. Inspired by the likes of Joni Mitchell, Tori Amos, and Talk Talk, Walsh's songs proved to be sad, beautiful tales of love and romantic disappointment that displayed a wisdom beyond her years, and when she enrolled in the London College of Music and Media at the age of 18, she met a representative from the independent Kitchenware label who took a keen interest in her music.nn Walsh's first album, Clocktower Park, was released by Kitchenware in 2003. The disc came and went with little notice, however, and she was soon dropped from the label. Undaunted, Walsh continued to write and perform, and in 2006 began work on a second album with the help of producer and multi-instrumentalist Tim Bidwell. Walsh and Bidwell recorded the project on a shoestring budget at Bidwell's home studio, and the simple, low-key approach of Tim's House provided just the right setting for her music. Walsh released the album on her own Blueberry Pie label, and thanks to enthusiastic reviews and online exposure, Tim's House became a genuine hit in the U.K., where it topped the digital download charts for two weeks. The album's success led Walsh to sign a deal with Mercury Records in the U.K., which promptly reissued Tim's House. Meanwhile, the album was released in the United States by the independent outfit Defend Music.nn Walsh returned in 2009 with her third album, Light and Dark. Featuring songs written on piano rather than guitar, the record utilized fuller arrangements, all the while maintaining its focus on Walsh's voice. One year later, she released Peppermint Radio, a covers album featuring her take on songs by Erasure, EMF, and the Cure. Walsh's fourth studio outing, the poignant and austere Real Thing, arrived in November 2011. ~ Mark Deming 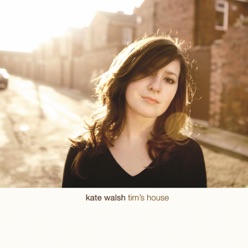