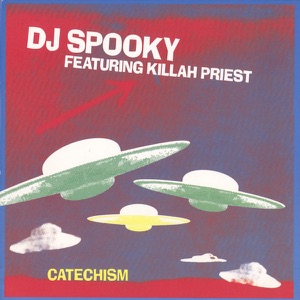 CIUDAD NATAL
New York, NY [Brooklyn]
NACIMIENTO
16 de agosto de 1970
Acerca de Killah Priest
Killah Priest made his first appearances on such Wu-Tang side and solo projects as Gravediggaz' 6 Feet Deep, Ol' Dirty Bastard's Return to the 36 Chambers, and Genius/GZA's seminal Liquid Swords. His contributions to those releases -- especially Liquid Swords' "B.I.B.L.E. (Basic Instructions Before Leaving Earth)," essentially a Priest solo track -- paved the way for the release of the MC's acclaimed debut album, 1998's Heavy Mental, and a lengthy and respected career in the hip-hop underground. In addition to his prolific solo work, he was an integral member of the groups Sunz of Man, the HRSMEN (aka the Four Horsemen), and Black Market Militia.nnBorn in Brooklyn and raised in Bedford-Stuyvesant and Brownsville, Killah Priest (born Walter Reed) became infatuated with hip-hop as a child, listening to old school and new school acts alike. He also was influenced by local figures Genius and Onyx's DJ Suave, who would often play local parties. Killah Priest began working on his rhyming and eventually earned a considerable reputation in his neighborhood, but instead of furthering his musical career, he took a sabbatical to educate himself, primarily about religion and history. The sabbatical had a major impact on his songwriting.nn Priest made his return to rap in 1995, appearing on several Wu-Tang projects. All of his cameos were noteworthy, but his role on Liquid Swords earned special attention. By the end of 1996, his own side project, Sunz of Man, was off the ground. In 1997, GZA suggested to Geffen that they should sign Priest, and the label took his advice. Priest worked on his debut solo album with True Master and 4th Disciple, two producers who were also associated with Wu-Tang. The resulting album, Heavy Mental, was dense with religious imagery and filled with evocative sounds. It received excellent reviews upon its March 1998 release and was a respectable commercial success, debuting at number 24 on the Billboard 200. Priest issued his second album, View from Masada, in May 2000, further bolstering his status as one of the most compelling solo artists in the extended Wu-Tang family (even though, at the time, he was disconnected from the crew). Although View from Masada was well-received, it failed to do well commercially, and he was dropped from his label.nn While many rappers dropped form a major label either vanish or take years to resurface, Priest wasted no time and established his own label. July 2001's Priesthood, involving no Wu-Tang input whatsoever, was produced by Luminati and Nirocist and released on the MC's Proverbs imprint. July 2003's Black August, however, came out on Recon. Although he certainly wasn't silent after this -- Black Market Militia (featuring Tragedy Khadafi and Hell Razah), the Horsemen (featuring Ras Kass, Kurupt, and Canibus), and Sunz of Man were ongoing concerns -- a few years passed before Priest's next solo album, March 2007's The Offering. He then switched to the Traffic label, where his release schedule picked up a bit. Behind the Stained Glass and Beautiful Minds, the latter a full-length collaboration with Chief Kamachi, were both released in 2008. Elizabeth and The 3 Day Theory (a Man Bites Dog release), two of his deepest and most idiosyncratic releases, were issued, respectively, in 2009 and 2010. ~ Stephen Thomas Erlewine u0026 Andy Kellman 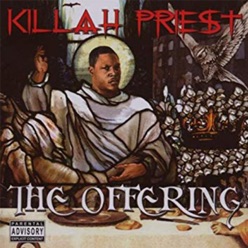 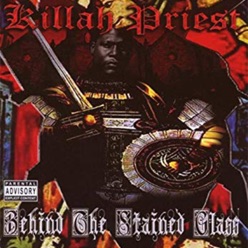 Behind the Stained Glass
2019 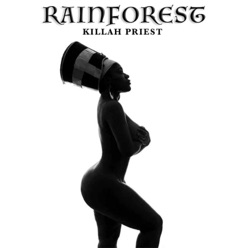