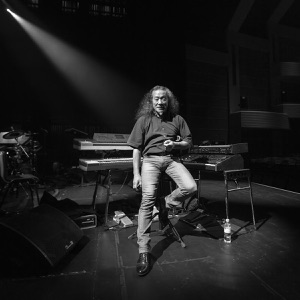 CIUDAD NATAL
Toyohashi, Japan
NACIMIENTO
4 de febrero de 1953
Acerca de Kitaro
Kitaro is one of the most popular and influential new age artists of all time, having sold millions of records and toured across the world numerous times, in addition to winning Grammy and Golden Globe awards. His style fuses contemplative, highly melodic synthesizer work with acoustic instrumentation, drawing from Eastern musical traditions as well as folk, classical, and rock influences. Interestingly enough, the famous Japanese composer taught himself to play electric guitar in high school -- inspired by the Ru0026B music of Otis Redding. In the early '70s, Kitaro formed the Far East Family Band, which released two albums of progressive rock. In 1972, however, he met the innovative German synthesist Klaus Schulze during a trip to Europe. Kitaro was hooked. He built his first synthesizer and began experimenting with all kinds of unusual sounds.nn His first solo album, Astral Voyage, appeared in 1978 and quickly gained a cult following. Two years later, he produced the first of several soundtracks for Silk Road, a Japanese television documentary series that ran for five years. Several albums of music from Silk Road were released to a growing international contingent of fans who admired his combination of lush, majestic textures and gentle, almost naive, melodies. Kitaro, however, was still considered an underground artist in America until he signed with Geffen Records in 1986, which re-released seven of his earlier albums and gave him the support to expand his scope in many ways. For instance, after years of creating albums in the privacy of his home studio near Japan's Mt. Fuji, Kitaro produced his 1987 release, The Light of the Spirit, with the help of Grateful Dead drummer Mickey Hart. The album featured an array of American musicians and garnered Kitaro his first of many Grammy nominations in the New Age category. That same year, Kitaro also made his first live tour of North America and sold two million albums in the U.S. alone.nn Kitaro's style had changed as well, becoming more theatrical and assertive while retaining a certain level of innocence and purity. His subsequent recordings showed a renewed interest in the rock and pop elements that originally attracted him to music in the late '60s. Aside from collaborations with Hart, he also worked with Yes vocalist Jon Anderson on the album Dream, and co-produced Scenes, a solo album by former Megadeth guitarist Marty Friedman. Both albums were released in 1992. In 1997, Kitaro released the soundtrack to Cirque Ingenieux, a production bound for the Broadway stage. Thinking of You followed two years later, and Ancient appeared in spring 2001. It was well received, leading to a sequel of sorts in the like-minded Ancient Journey in 2002. His contributions on the soundtrack to the controversial Chinese drama The Soong Sisters came out the same year, as did a live album and DVD.nn In 2003, Kitaro began releasing a series of peace-themed albums titled Sacred Journey of Ku-Kai. He composed the music for Impression West Lake, an opera directed by Zhang Yimou, in 2007. Its soundtrack was released as Impressions of the West Lake in 2009. Kitaro collaborated with Native American activist Dennis Banks for the 2012 album Let Mother Earth Speak. Kitaro's solo album Final Call was released in 2013, and the live album Symphony Live in Istanbul followed a year later. Sacred Journey of Ku-Kai, Vol. 5 appeared in 2017, followed by the Kojiki and the Universe tour and DVD, focusing on Kitaro's 1990 album Kojiki. ~ Linda Kohanov u0026 Paul Simpson 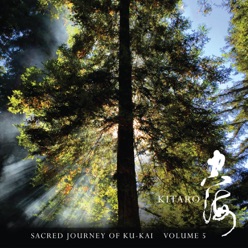 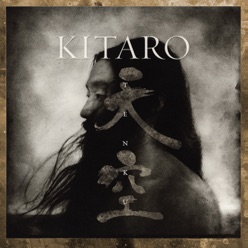 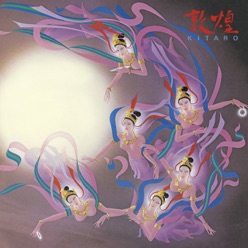