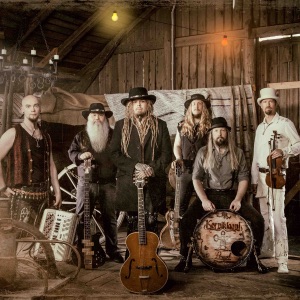 ORIGEN
Lahti, Finland
FORMACIÓN
1993
Acerca de Korpiklaani
Finnish folk-metal ensemble Korpiklaani (Forest Clan) formed in 2002 after the members of Shaman decided to update both their sound and name. Taking cues from both the Scandinavian metal scene and the burgeoning progressive folk movement, vocalist/guitarist Jonne Järvelä, violinist Jaakko Lemmetty, drummer Matti "Matson" Johansson, bass player Arto Tissari, guitarist Toni Honkanen, and percussionist Ali Määttä released their debut, Spirit of the Forest, on Napalm Records in 2003. The group gained a new member, accordion player Juho Kauppinen, in 2004, but lost Määttä, Honkanen, and Tissari after 2005's Voice of Wilderness. Guitar player Kalle "Cane" Savijärvi and new bassist Jarkko Aaltonen added to the cacophony for 2006's Tales Along This Road, another fine collection of whiplash folk and folk-inspired hedonism that rocked harder than most conventional metal acts. The similarly themed Tervaskanto arrived in 2007.nnThe band then made a move to Nuclear Blast, where they released Korven Kuningas in 2008, as well as Karkelo in 2009. In 2011, Jaakko Lemmetty announced he would be leaving the band for health reasons, appearing on the band's seventh album, Ukon Wacka, before being replaced by Tuomas Rounakari. Another album, Manala, arrived in 2012, but was followed the next year by another departure, this time accordion player Juho Kauppinen, who was replaced by Sami Perttula. The band's ninth album, Noita, appeared in May 2015, featuring a cover of the Tommy James chestnut "Mony Mony." In September, 2017 the band unleashed their first-ever concert LP/film, Live at Masters of Rock, which was recorded in 2016 at the festival of the same name in Vizovice, Czech Republic. ~ James Christopher Monger 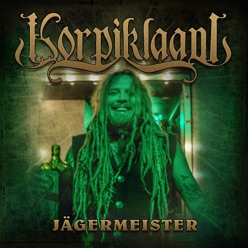 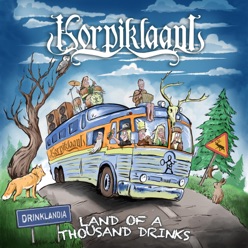 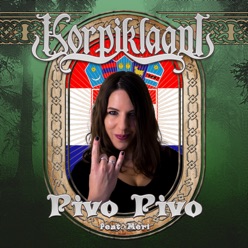