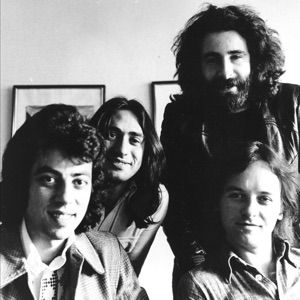 ORIGEN
Manchester, England
FORMACIÓN
1972
Acerca de 10 Cc
Deriving their name from the metric total of semen ejaculated by the average male, the tongue-in-cheek British art pop band 10cc comprised an all-star roster of Manchester-based musicians: vocalist/guitarist Graham Gouldman was a former member of the Mockingbirds and the author of hits for the Yardbirds, the Hollies, Herman's Hermits and Jeff Beck; singer/guitarist Eric Stewart was an alum of Wayne Fontana u0026 the Mindbenders; and vocalists/multi-instrumentalists Kevin Godley and Lol Creme were both highly regarded studio players. Formed in 1970, 10cc began as a session unit dubbed Hotlegs; after establishing residence at Stewart's Strawberry Studios, Hotlegs scored a surprise U.K. smash with the single "Neanderthal Man," subsequently issuing an LP, Thinks: School Times and touring with the Moody Blues.nnAfter signing to Jonathan King's U.K. label and rechristening themselves 10cc (a name suggested by King himself), the group backed Neil Sedaka before recording 1972's "Donna," a sly satire of late-'50s doo wop. The single reached the number two position on the British charts, establishing not only a long-running string of major hits, but also the quartet's fondness for ironic and affectionate reclamations of musty pop styles. The follow-up, "Rubber Bullets," topped the charts in 1973, and both the subsequent single "The Dean and I" (a nostalgic look at academia recalling Jerry Lee Lewis' "High School Confidential") and an eponymously titled debut LP further solidified 10cc as a major force in British pop.nn While 1974's Sheet Music and singles, including the Brian Wilson-esque "Wall Street Shuffle," "Silly Love" and "Life Is a Minestrone" continued 10cc's dominance of the U.K. charts, they found the American market virtually impenetrable prior to the release of 1975's "I'm Not in Love," which topped the charts at home and climbed as high as number two in the States. After 1975's Original Soundtrack and the next year's How Dare You!, Godley and Creme exited to focus on video production as well as developing the Gizmo, a guitar modification device the duo invented. In the wake of their departure, Gouldman and Stewart continued on alone, enlisting the aid of session men to record 1977's Deceptive Bends, highlighted by the perennial "The Things We Do for Love."nnAfter recruiting guitarist Rick Fenn, keyboardist Tony O'Malley and drummer Stuart Tosh as full-time members, 10cc returned in 1978 with Bloody Tourists, which yielded the number one reggae nod "Dreadlock Holiday." Stewart's involvement in a serious car wreck in 1979 proved to be a major setback for the band and by the time they released 1980's Look Hear?, critical reception was lukewarm. After dismissing the rest of the group, Gouldman and Stewart recorded 1981's 10 Out of 10 using mostly session musicians and the album failed to chart. 10cc would release one more album, 1983's Windows in the Jungle, before disbanding that same year. Throughout the rest of the 1980's the members occupied themselves with new endeavors to varying degrees of success and in 1991, the original lineup of Stewart, Gouldman, Godley, and Creme reunited to record the album ...Meanwhile. The album fared well in Europe and Japan, but Godley and Creme's involvement was tenuous and they both bowed out shortly after its release. Shortly after 1995's Mirror Mirror and its subsequent tour, Stewart also called it quits. In 1999, Gouldman put together a new 10cc lineup which included himself, Rick Fenn, and Paul Burgess along with newcomers Mick Wilson and Mike Stevens. Although no new music was released, this lineup continued to tour consistently throughout the 2000s, playing various 10cc hits along with some of Gouldman's solo highlights. Various 10cc reissues and anthologies have been released, including a 30th anniversary box set in 2002 and a limited-edition 40th anniversary set in 2012 called Tenology. ~ Jason Ankeny u0026 Timothy Monger 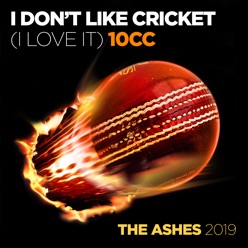 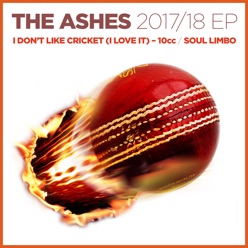 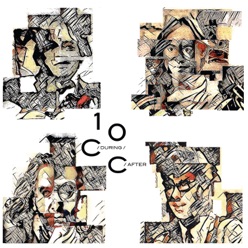