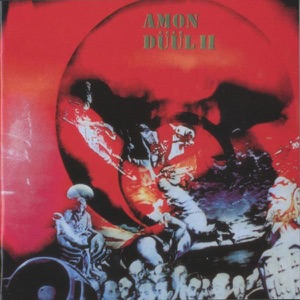 ORIGEN
Munich, Germany
FORMACIÓN
1967
Acerca de Amon Düül II
Amon Düül was a German art commune whose members began producing improvisational psychedelic rock music during the late '60s. The group's members released several albums, mostly recorded during a single extended jam session, beginning with 1969's Psychedelic Underground. Concurrently, some of the commune's more musically inclined members formed the longer-lasting Amon Düül II. Both acts proved to be a major influence on generations of experimental rock musicians to come, and are regarded as pioneers of the Krautrock genre.nnForming in Munich in 1967, the collective included bassist Ulrich Leopold, his brother Peter Leopold on drums, and guitarist Rainer Bauer. While the basic lineup recorded a session that year, an expanded lineup of Amon Düül recorded a marathon improvisation in 1968 or 1969 which subsequently formed the majority of the group's discography. Psychedelic Underground and Collapsing: Singvögel Rückwärts u0026amp; Co. were both released in 1969, and later reissued under several different titles each. A 1970 recording session produced a more focused, folk-influenced full-length titled Paradieswärts Düül, which appeared the following year. Two additional recordings taken from the group's original session, 1972's Disaster (Lüüd Noma) and 1984's Experimente, were also released.nnWhile membership within the commune and the band Amon Düül was fluid, several commune members with greater musical ambitions decided to start a separate rock group, and formed Amon Düül II u0026#8212; they saw no reason to struggle for a new name, or argue over the original. The new group was helmed by John Weinzierl, Chris Karrer, and Renate Knaup-Kroetenschwanz, and set to work to produce an impressive debut with Phallus Dei (1969). This was followed quickly by the 1970 double album Yeti, the cover of which features one of the band's roadies. nn1971 brought the release of another two-LP set u0026#8212; Tanz der Lemminge ("Dance of the Lemmings"), a recording widely considered to be the keystone of the Amon Düül II catalog. With stylistic abandon, the album mixed together everything from straight-ahead rock to experimental noodling, all built around a series of science-fiction themes. The band performed with a joyfulness that belied the real seriousness of the experimental work involved. nnThey continued on this path for several years, continuing to release highly regarded albums that achieved only moderate sales, at best. 1975's Made in Germany (released in two-LP and single-LP versions) found the band making an attempt to present a more commercially appealing side, with little effect on the market. Continuing failure to crack the mainstream eventually brought the band back to its more experimental roots, though not before causing the core unit to fall moribund for a while. nnIn 1981, a further spin-off, formed by John Weinzierl under the original name (and also known as Amon Düül UK and, rarely, as Amon Düül III) recorded sporadically in the '80s. Weinzierl worked with former Hawkwind member Dave Anderson on a total of five albums (one of which, Airs on a Shoestring, was a compilation drawn from the first two, with additional material salted in), with additional bandmembers coming from all walks of the British progressive/psychedelic scene. For Lösung, Weinzierl and Anderson collaborated with the late Robert Calvert, as well as drummer Guy Evans. nnAmon Düül II reappeared during the '90s, producing a series of remixes and original material, as well as Live in Tokyo and the intriguing benefit album Kobe (Reconstruction), which focused on material from 1969-1971. Members continued to be active with both solo and band projects. EastWest Records Germany released a four-CD retrospective box set in 1997. The '90s renewed interest in Krautrock culminated with the re-release of three of the group's albums u0026#8212; Wolf City, Yeti, and Viva la Trance u0026#8212; in 1999. A 2010 reunion effort was digitally self-released under the name Bee as Such, and was eventually given a full release by Purple Pyramid under the name Düülirium in 2014. 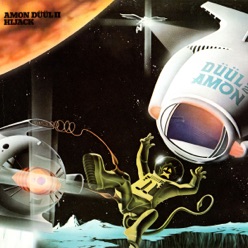 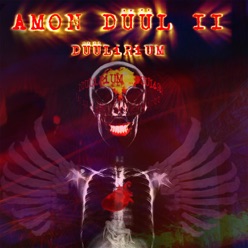 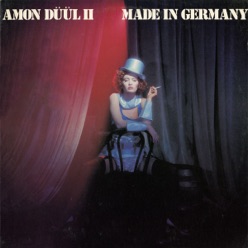