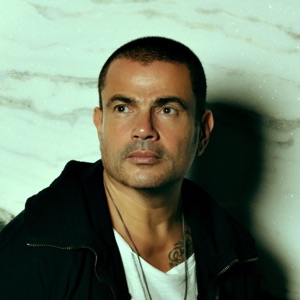 CIUDAD NATAL
Port Said, Egypt
NACIMIENTO
11 de octubre de 1961
Acerca de Amr Diab
Amr Diab is a pop singer and songwriter from Egypt. He has won a record seven World Music Awards to date, and is considered the all-time best-selling musical artist from the Middle East. He is the creator of his own genre; he calls his meld of Arabic harmony and Western rhythms "Mediterranean Music," and it has influenced many subsequent artists.nnHe was born on the October 11, 1961 in Portsaid, Egypt. He began singing at age three and at six, he performed the Egyptian national anthem at the July 23rd Festival in Portsaid. He was awarded a guitar by the governor for his performance and his career course was set.nn He continued performing anywhere he could. He recorded his debut album, Ya Tareeq, in 1983, and moved to Cairo in 1984. He studied Arabic music at the Cairo Academy of Arts, where he received a Bachelor's degree. He signed to Delta Sound for 1984's Ghani Men Albak and remained there through 1994's Ya Omrina. He also experimented with film. Diab played himself in the 1989 movie El Afareet. In 1992, he began pioneering big-production, high-tech videos that have proved influential not only in the Middle East but in Europe. He also starred in 1993's Ays Krim fi Glym and played alongside Omar Shariff in the film Deahk We La'ab.nn For Diab, film, while interesting, didn't hold his attention. His musical career netted him a series of albums that furthered his vision. As a predecessor and in Egypt, Diab was a bona fide star. He signed to Alam el Phan for 1995's multi-platinum-selling Nour el Ain, his international breakthrough. It charted not only in Egypt, but also in India, Pakistan, Iran, Afghanistan, Brazil, Argentina, Chile, South Africa, and as far west as France. Each of his succeeding recordings for the label charted. 1999's Ama Rain featured his duets with Cheb Khaled and Angela Dimitriou. Diab issued three more albums with Alam el Phan, 2000's Tamally Maak, the following year's Aktar Wahed, and 2003's Allem Alby, before he left for the Rotana label. 2004's Lealy Nahary proved one of his biggest hits and netted three Top Five singles. He followed it the next year with Kammel Kalamak, scoring another chart hit, as did 2007's El Lilady -- the latter earned him a World Music Award. Wayah, his 2009 set, was another best-seller and precipitated a concert at Golf Porto Marina to a crowd of over 80,000. In 2011, during the Egyptian revolution that caused President Hosni Mubarak to resign and go into exile, Diab released the song "Masr A'let" (Egypt Said)," a tribute to those martyred during the Arab Spring. Banadeek Ta'ala followed, and El Leila was issued the following year; Diab topped the charts again. In 2014, Shoft el Ayam was released and entered at number one in several Middle Eastern countries. 2016's Ahla Wa Ahla was a subsequent number one. ~ Thom Jurek 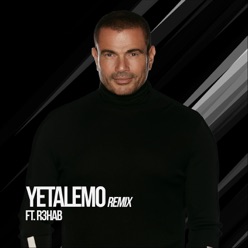 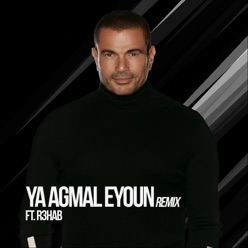 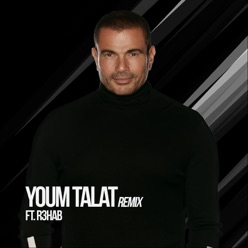