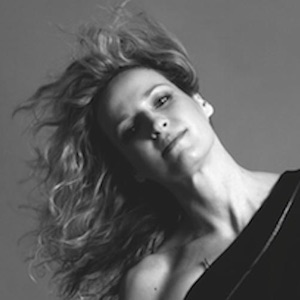 CIUDAD NATAL
Belgrade, Serbia
NACIMIENTO
13 de mayo de 1976
Acerca de Ana Popovic
If you're not a blues purist, you'll love the fiery, passionate playing and singing of Yugoslavian blues-rock guitarist, vocalist, and songwriter Ana Popovic. Thanks to her father, the Belgrade-raised Popovic was introduced to the blues at an early age, through his wide-ranging record collection and jam sessions hosted at the Popovic home. Born on May 13, 1976, Popovic took up guitar when she was a teenager and formed her first band, Hush, in 1995. Within a year, with the collapse of Communism in Eastern Europe, she was playing blues festivals in Greece and Hungary and working as an opening act for American blues masters, including Junior Wells.nn Popovic recorded her debut album with Hush in 1999, when she also moved to the Netherlands to study jazz guitar and world and pop music at the Conservatory of Music. She had the chance to see blues guitarist Bernard Allison at a club in Germany. He asked her to come on-stage and jam at the end of the show. While Allison invited Popovic to join him on a tour, she had to get back to the Jazz Academy in Holland. Allison asked for a copy of Popovic's record with Hush, and he sent it on to executives at Ruf Records in Germany, who were impressed with Popovic's powerful guitar playing and singing. Ruf contacted her to be part of their Jimi Hendrix tribute compilation, and then signed her to a recording deal of her own.nn Several months after this, she was on her way to Memphis to record Hush! The album was well received by blues radio programmers and the non-blues purist segments of the American, European, and Canadian blues festival circuits. In the spring of 2001, she performed at the Memphis in May Festival alongside Bob Dylan, the Black Crowes, and Ike Turner. Within five years of leaving Yugoslavia, Popovic, now in her late twenties, had the chance to perform at many of the major European blues festivals, including Peer, Bishopstock, and Notodden. Along the way she's sat in with the likes of Allison, Michael Hill, and Kenny Neal.nn Popovic has two albums out on the New Jersey-based Ruf Records America label, Hush!, released in 2000, and Comfort to the Soul, her 2003 release. Jim Gaines and David Z., who have worked with other blues-rockers, including Stevie Ray Vaughan, Santana, and Jonny Lang, had roles in recording and mixing both albums. Five of Popovic's sparkling originals shine on Comfort to the Soul, including her homage to the tragic life of jazz bassist Jaco Pastorius, inspired by a book she read, as well as the album's opening track, "Don't Bear Down on Me (I'm Here to Steal the Show)." She also provides inspired, inventive covers of Howlin' Wolf's "Sitting on Top of the World" and Steely Dan's "Night by Night."nn Popovic guests on Hill's 2003 two-disc Electric Storyland live album. In 2003, Popovic was nominated for a W.C. Handy Blues Award for Best New Artist of the Year and was the first European artist to perform at the Handy Awards. Two years later, Popovic released her first live effort, their audio/video offering Ana! Live in Amsterdam. The project was so successful she was nominated for four Living Blues awards including Best Female Blues Artist and Most Outstanding Musician. Between 2007 and 2011, Popovic released three albums for Eclecto Groove Records, including Still Making History and Unconditional; both reached the top spot on the blues charts.nn In 2012, after relocating her residence and base of operations to Memphis, Tennessee, she signed to the ArtisteXclusive label. She issued Can You Stand the Heat in 2013; it peaked at number three on the blues albums charts. At that year's New Orleans Jazz u0026 Heritage Festival, she introduced a newly formed nonet under the Ana Popovic u0026 Mo' Better Love moniker. After touring the globe, Popovic and her father Milton co-released Blue Room in 2015, a collection of blues and rock covers. While on tour, the band's van and gear were stolen, and the group only finished the tour with assistance from fans. She wanted to record a thank you and set out on her most ambitious project to date. Popovic had long been intrigued by her fans telling her about the way they listened to her recordings, often separating the various genres she took on into mixes highlighting each one. To that end, she wrote 15 of 23 songs in different styles and issued the thematically linked Trilogy in 2016 -- perhaps the only triple album recorded by a blues artist. The first disc, entitled "Morning," is her funk and Ru0026B album. It was co-produced by Warren Riker and Popovic, and recorded in New Orleans, Memphis, Nashville in Tennessee, and Orlando, Florida and included a large band with a horn section and guest spots by Joe Bonamassa on the song "Train," and Robert Randolph on "Hook Me Up." The second disc, "Mid-Day," is comprised of Popovic's own brand of blues-rock. The songs were produced by several people including Riker in New Orleans, Tom Hambridge in Nashville, and Cody Dickinson in Mississippi. Disc three, "Midnight," explored the guitarist's jazz tendencies. It contains more covers than the other two discs, including tunes by Tom Waits, Duke Ellington, and Billie Holiday. "Midnight" was recorded at Esplanade Studios in New Orleans and produced by Delfeayo Marsalis. The set peaked at number ten on the blues charts, a notable accomplishment given its sheer magnitude. Popovic assembled her large band and toured the globe for the next year-and-a-half. In 2018 she entered a Nashville studio with producer Keb Mo' to record the concept outing Like It on Top, a set that included ten tracks exploring different types of female empowerment. It featured guest spots by her producer and guitarists Robben Ford and Kenny Wayne Shepherd. Released during the late summer, it entered the Top 20 of the Heatseeker chart. ~ Richard Skelly 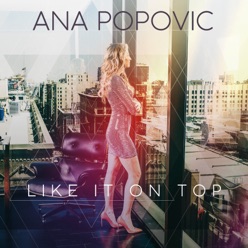 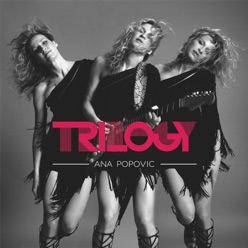 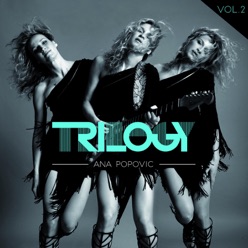