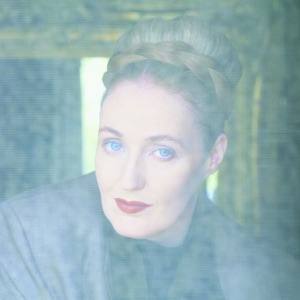 CIUDAD NATAL
Australia
NACIMIENTO
12 de abril de 1961
Acerca de Lisa Gerrard
In collaboration with Brendan Perry, Lisa Gerrard is half of the duo Dead Can Dance, which started releasing arty goth rock on the 4AD label in the mid-'80s. Gerrard began her solo career with the 1995 release The Mirror Pool, which contained a lot of work that wouldn't fit comfortably into the DCD oeuvre. Combining these fragments with music that she composed and arranged digitally before reconfiguring them into scores that could be performed, The Mirror Pool also draws on a composition by Handel and traditional Iranian music. Recorded and produced largely at her home in rural Australia, it extends the world music inclinations of Dead Can Dance albums by featuring bouzouki, tablas, and camel drums. The somber, orchestrated pomp of Dead Can Dance is also present in her operatic, often wordless vocals and string/woodwind passages (some of which were performed by Australia's Victorian Philharmonic Orchestra). Gerrard released her second album, Duality, written and performed with Pieter Bourke, in the spring of 1998. She composed the score for director Niki Caro's Whale Rider in 2003, followed by Immortal Memory, a collaboration with Irish composer Patrick Cassidy, in 2004. Another collaboration followed in 2005, this time with composer Jeff Rona for the soundtrack to the Native American drama A Thousand Roads. Dead Can Dance also reunited that year, releasing limited-edition recordings of 21 shows from its European and North American tours, as well as a compilation titled Selections from Europe 2005 on the Show label.nn In 2006, Gerrard released the solo album Silver Tree, which was nominated for the Australian Music Prize. The following year, director Clive Collier's documentary film Lisa Gerrard: Sanctuary was released, as well as the compilation The Best of Lisa Gerrard, which covered her solo and film work, and Dead Can Dance material. She went on a world tour, which included her first ever performances in Australia. In 2008, Farscape, her collaboration with Klaus Schulze, was released and followed by a tour. Gerrard also worked on film and television soundtracks during the year. In 2009, she began her own Gerrard Records label, and undertook another tour with Schulze. During its run, the collaborative album Dziekuje Bardzo: Vielen Dank was released. Her debut on her label, The Black Opal, was issued in October 2009 and featured collaborations with Michael Edwards, Patrick Cassidy, Pieter Bourke, and James Orr.nn Gerrard also wrote the score for Balibo, for which she won a Best Feature Film Score award at the 2009 APRA Screen Music Awards and an Aria Award for Best Original Soundtrack/Cast/Show Album at the 2009 Aria Awards. She finished the year by contributing her voice to the theme song for the Japanese NHK taiga drama Ryōmaden.nn In 2010, Gerrard and Marcello De Francisci collaborated on her album Departum and on the score for Tears of Gaza. A year later, she scored the Jim Loach-directed Oranges and Sunshine, which was nominated at the 2011 IF Awards for Best Music Score. In November, Gerrard completed her score for Burning Man, which won her Best Music Score at the 2011 Film Critics Circle of Australia awards. Gerrard's pace continued unabated. A year later she released a new album in collaboration with composer Marcello De Francisci titled Departum, three singles -- "Coming Home" (featured in the film Legend of the Guardians: The Owls of Ga'Hoole), "Entry," and "Come This Way." In December Gerrard saw the release of The Trail of Genghis Khan (with composer Cye Wood), the music from their score to the documentary TV series by Australian adventurer Tim Cope.nn In late 2011, Dead Can Dance reunited again for a world tour in advance of Anastasis, their first album of studio material in 16 years. They finished the tour with the promise that theirs was a formal reunion with more projects to follow. Three years later, Gerrard issued the solo effort, Twilight Kingdom, on her own label, and in 2015 sang on composer Antony Partos' score for Tanna. In September of 2015, Dead Can Dance announced via their Facebook page the sale of Perry's famed Quivvy Church Studio and their relocation to France to commence work on a studio album. Over the next two years, however, Gerrard worked solo; she sang on film scores for Jane Got a Gun, The Bible, and 2:22. At the end of 2017, she collaborated with legendary the Mystery of the Bulgarian Voices on the single "Pora Sotunda." ~ Richie Unterberger 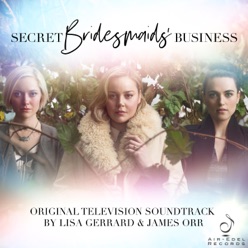 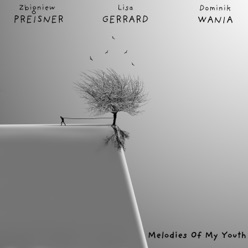 Preisner: Melodies of My Youth
2019 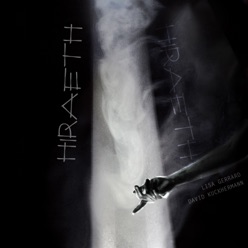