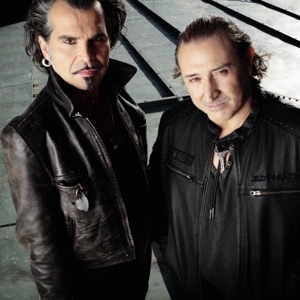 ORIGEN
Florence, Italy
FORMACIÓN
1980
Acerca de Litfiba
First one of the leading names of Italian new wave, then one of the most successful mainstream rock acts, doubtless Litfiba has been the most important Italian band between the 1980s and 1990s -- and one of the most influential, too. Not only have they played a pivotal role in the birth of a solid Italian indie scene, but after their commercial breakthrough they've been fundamental in bringing rock music back to the highest notches of the charts. And, although singer Piero Pelù's departure in 1999 somehow put an end to the band's magic moment, their lesson is still learned by heart by many young rock bands trying to conjugate a rock attitude with commercial ambitions.nnLitfiba formed in Florence in 1980, their name being an acronym for Località (i.e. locality), Italia, Firenze, via de' Bardi (the street in which their first rehearsing room was located). The first lineup comprised former Café Caracas guitarist Federico "Ghigo" Renzulli, bassist Gianni Maroccolo, Antonio Aiazzi on keyboards, and Francesco Calamai on drums, soon to be replaced by Renzo Franchi. With the arrival of singer Piero Pelù, the band played its first concert on December 8, 1980, the day John Lennon was shot dead. Their first release was 1982's EP Guerra, followed in 1983 by the single "Luna" and the soundtrack to Krypton Company's theatrical pièce Eneide. With new drummer Ringo de Palma (real name: Luca de Benedictis) Litfiba recorded in 1984 an EP including their rendition of David Bowie's "Yassassin" along with an original composition, "Elettrica Danza," and the cassette-only Live in Berlin. Their first album, Desaparecido, was released in 1985 by Florence-based IRA, whose owner, Alberto Pirelli, was to become Litfiba's regular producer and then manager. Considered one of the most important debuts of the 1980s, the record showcased both the ability of the musicians to reinterpret the new wave canon and the talents of Pelù both as a lyricist and a frontman. With other bands such as Diaframma (with which they recorded an EP, Amsterdam, in 1985) and Moda, Litfiba turned Florence into the Italian new wave capital. The double LP 17 Re, by many considered their masterpiece, was released in 1986, followed by 1987's live album 12/5/87 (Aprite i Vostri Occhi) and 1988's Litfiba 3. Led by the singles "Cangaçeiro" and "Tex," 1989's Pirata (a collection of live recordings enriched by studio overdubs released by CGD) saw them reaching a much wider audience, but by then Maroccolo, Aiazzi, and de Palma had left the band.nnWith Pelù and Renzulli sharing the lead of a lineup completed by Roberto Terzani (bass), Daniele Trambusti (drums), Federico Poggipollini (guitar), and Candelo Cabezas (percussions), in 1990 Litfiba made their real commercial breakthrough with El Diablo, including less sophisticated but much rockier songs such as the title track, "Proibito," and the ballad "Il Volo," dedicated to de Palma, dead in 1989 by an overdose-caused heart attack. At the end of a triumphal tour, in 1992 Litfiba released the anthology Sogno Ribelle and, with new drummer Franco Caforio and without Cabezas, the harder Terremoto (1993). A new record deal with EMI was started by 1994's live Colpo di Coda (without Poggipollini, later to be found in Ligabue's backing band) and, with new bassist Daniele Bagni (Terzani would return a couple of years later on guitar and keyboards) and Aiazzi's return, 1995's Spirito. Produced by Rick Parashar, the record includes more acoustic and pop-oriented songs. The collection of live tracks and outtakes Lacio Drom (1996) is then followed by Mondi Sommersi (1997), the last chapter of the so-called "tetralogy of the elements" (being dedicated to water, El Diablo's main theme being fire, Terremoto's earth and Spirito's air). In spite of the great success of all their records and tours, after 1998's live Croce e Delizia and 1999 Infinito Pelù left the band due to the repeated frictions with Renzulli to start a solo career.nnElettromacumba (2000) is the first release of Litfiba Mark 3, comprising of Renzulli, singer Gianluigi "Cabo" Cavallo, and former Malfunk Gianluca Venier (bass) and Ugo Nativi (drums, later replaced by Gianmarco Colzi), followed one year on by Insidia. With the return of Aiazzi, Litfiba released the track "Larasong" for the Italian version of the video game Tomb Raider 6 and 2005's Essere o Sembrare. In the same year Pelù, who had bought the rights of his last tour with the band, was responsible for the release of Litfiba Live '99. In 2006 Cavallo quit the band, leaving Renzulli as the sole leader of a band completed by Colzi, the returning Terzani, and a new young singer. ~ Aurelio Pasini 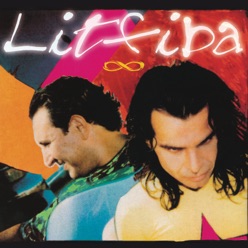 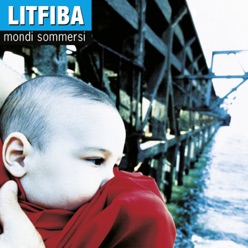 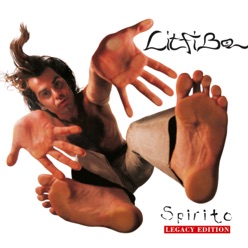