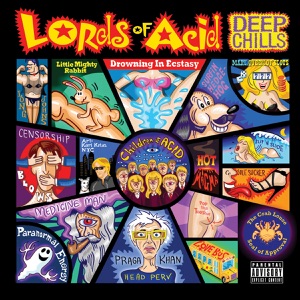 ORIGEN
Brussels, Belgium
FORMACIÓN
1988
Acerca de Lords Of Acid
Belgian techno outfit Lords of Acid first gained notoriety in the '90s with the sexually explicit acid house dance music of Lust and Our Little Secret, which established a dedicated cult following that extended into the 2000s, even as lineups shifted and their sound incorporated more mainstream pop and electronic elements. Their throbbing 1991 debut album, Lust, spawned a pair of club hits, "Rough Sex" and "I Must Increase My Bust," and featured Lords of Acid's trademark male-female vocal interplay between Praga Khan and Jade 4 U. Between their debut and their second album, 1994's Voodoo-U, Lords of Acid added industrial elements to their sound and became a more straightforward, band-oriented group.nn Over the years, multiple lineup changes would add dozens of players to the Lords of Acid roster, with founder Praga Khan at the center. Their third effort, 1997's Our Little Secret, spawned the singles "Rubber Doll" and "Pussy" and became the band's first entry on the Billboard 200. The B-side compilation Heaven Is an Orgasm followed in 1998. The next year, they issued Expand Your Head, another compilation that bundled remixes with a trio of new tracks. Fourth set Farstucker followed in early 2001. The release cemented the group as an industrial outfit on abrasive songs that were fronted by new vocalist Deborah Ostrega. That year, Lords of Acid also issued a series of "stript" re-releases that cut the vocals from the original albums, as well as two additional hits collections. A third, 2005's Greatest T*ts, offered a couple songs previously unreleased in the U.S.nn The group went on hiatus and would not return until 2011 when the Little Mighty Rabbit EP arrived, their first set of new material in a decade. The EP's title track would be featured on the album Deep Chills, which followed in 2012. Their fifth album, Deep Chills featured an entirely revamped lineup and guest vocalists like adult actress Alana Evans and television personality Zak Bagans. Following 2016's Smoking Hot, Khan and the group began a crowdfunding campaign for their sixth full-length, 2018's Pretty in Kink. ~ Neil Z. Yeung u0026 Stephen Thomas Erlewine 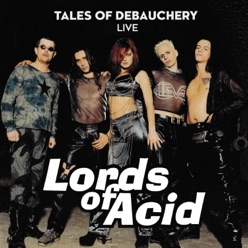 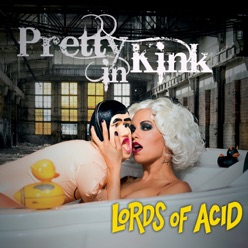 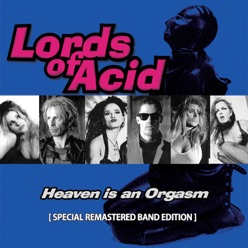