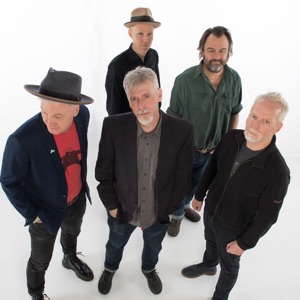 ORIGEN
Toronto, Ontario, Canada
FORMACIÓN
1991
Acerca de Lowest Of The Low
One of Canada's most popular and influential indie rock bands, the Lowest of the Low play melodic, folk-leaning rock music with the passion and commitment of punk rock. The band was formed in Toronto in 1991 by singer and guitarist Ron Hawkins, guitarist Steven Stanley, and drummer David Alexander; the three were members of a group called Popular Front, and when that band broke up, the Lowest of the Low went from an acoustic side project to their main band. With John Arnott on bass, the group began playing folk clubs in Toronto, and soon graduated to some of the city's best respected rock venues as they added more electric guitar firepower to their sound. The band recorded a set of demos, and circulated the tapes to a number of record labels. None showed serious interest, so the band self-released them as an album under the title Shakespeare My Butt. While they initially planned to primarily sell the disc at their shows, the album started to move faster than expected, and Page Publications picked up the album for nationwide distribution. Shakespeare My Butt would go on to become the best-selling indie album in Canadian history, though it held the honor for only a few months before Barenaked Ladies' Yellow Tape surpassed it. The Lowest of the Low took on a demanding touring schedule as their popularity surged, and initially showed strong distrust of the major labels which were now courting the band. In 1993, to the surprise of some fans, the Lowest of the Low struck a deal with London Smith Discs, a label with a distribution agreement with Au0026M Records. In 1994, the band dropped their second album, the tougher-sounding Hallucigenia, but it proved to be a commercial and critical disappointment, and by the end of the year, the Lowest of the Low had quietly broken up.nn While the Lowest of the Low had stopped, interest in the group did not, and when they staged a reunion tour in 2000, they discovered their audience had grown in the years they were away. Shakespeare My Butt had also come to be regarded as one of Canada's indie rock touchstones, with Chart magazine citing it as one of the ten best Canadian albums ever. The tour was a major success, and an album recorded at several of the dates: Nothing Short of a Bullet, was issued in 2001. Arnott left the group in 2002, and Dylan Parker took over on bass. The new lineup of the Lowest of the Low began work on a studio album, and Sordid Fiction appeared in 2004. After going on hiatus, the Lowest of the Low booked a pair of farewell shows in November 2007, declaring they were splitting up for good. In 2008, they were inducted into the Canadian Indie Music Hall of Fame, and in 2010 they brought out a remastered and expanded edition of Shakespeare My Butt, celebrating it with a reunion gig at Toronto's Massey Hall (where Stanley had once worked as an usher). The band went back on their promises of 2007 and went into action in 2013 planning a fourth album. However, progress came to a halt when Stanley dropped out of the band. Brian MacMillan was recruited to replace him, and in November 2015, the Lowest of the Low unveiled a pair of digital tracks, "The Kids Are All Wrong" and "In the Blink of an Eye." September 2017 brought the group's fourth studio effort, Do the Right Now, which the band supported with shows in Canada and New York. ~ Mark Deming

Discografía de Lowest Of The Low 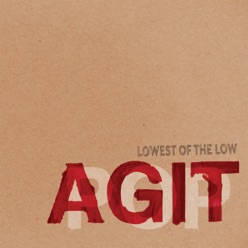 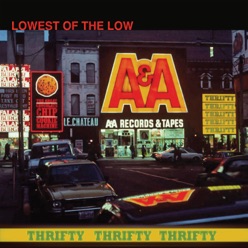 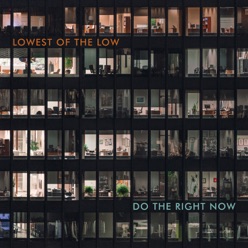 Lowest Of The Low en Enero