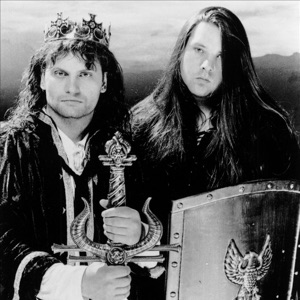 Acerca de Luca Turilli
Italian heavy metal guitarist Luca Turilli is quite an anomaly. Born in Trieste, Italy on March 5, 1972, Turilli is right in the Gen-X demographic but is totally untouched by alternative metal trends of the 90s and 2000s. Turilli's specialty is 70s/'80s-style fantasy metal with a strong progressive rock influence; bands like Iron Maiden, Queensrÿche, and Savatage are primary influences, and he hasn't hesitated to incorporate elements of Rush, Yes, and Genesis as well as European classical music. Turilli's fantasy-based lyrics--which thrive on dungeons-and-dragons imimagery -- are right out of the Jimmy Carter and Ronald Reagan years. Clearly, Turilli is a Gen-X-er with very Baby Boomer tastes -- and he does all this without the least bit of irony. The guitarist comes across as someone who lives and breathes classic fantasy metal and progressive rock; his age puts him in metal's Ministry/Soundgarden/Monster Magnet demographic, but his rock tastes are pure Baby Boomer all the way.nn Turilli, however, has never listened to rock exclusively. His father was a classical cellist, which explains why he grew up listening extensively to European classical music. Turilli -- who has often cited Frédéric Chopin as his favorite classical composer but is also a major admirer of Johann Sebastian Bach, Niccoló Paganini, and Antonio Vivaldi -- studied classical flute and piano as a kid and didn't seriously study the guitar until he was 16. He was 21 when he formed the band Thundercross in 1993, and he co-founded the Italian metal outfit Rhapsody with keyboardist Alex Staropoli around 1996. Sporting a look and a sound that were right out the 70s and 80s, Rhapsody (not to be confused with a new age act that was active in the 90s) was totally retro. Although not as well-known in the United States as they are in Europe, Rhapsody fared well in European markets with Legendary Tales in 1997, Symphony of Enchanted Lands in 1998, Dawn of Victory in 2000, Rain of a Thousand Flames in 2001, and Power of the Dragon Flame in 2002. Turilli launched his solo career with 1999's King of the Nordic Twilight, but recording as a solo artist didn't mean the end of Rhapsody -- from 1999 on, he functioned as both a solo artist and Rhapsody's leader. And whether the guitarist was recording with Rhapsody or by himself, his success in Europe demonstrated that there was still an audience for 70s/'80s-style fantasy metal. Many of the European headbangers who bought Rhapsody's albums and Turilli's solo projects in the late 90s and early 2000s were in their teens and twenties, and they had no problem getting into the sort of metal that their parents listened to back in the day. Turilli (who now lives in Lyon, France) did his part to show European kids that metal didn't start with Ministry, Korn, Pantera, Soundgarden, or even Metallica (as great as those bands are).nnTurilli continued to record as a solo artist in 2002, when he recorded Prophet of the Last Eclipse for Limp Music Products. ~ Alex Henderson 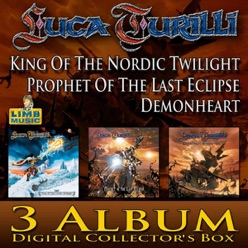 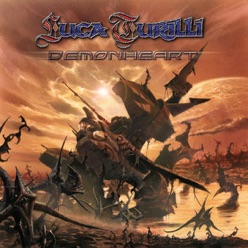 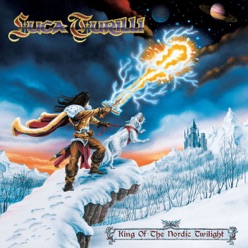