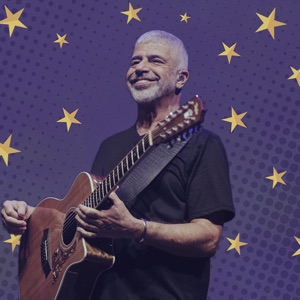 Acerca de Lulu Santos
Lulu Santos is a Brazilian superstar who has solid credentials in his high-selling discography and is linked to the engendering of Brazilian rock since the '70s. He wrote a film soundtrack and texts on music on magazines and, as a producer, worked for Titãs (Televisão) and Premeditando o Breque (O Melhor dos Iguais).nn Fascinated by the Beatles, Santos formed his first group at 12, covering their hits. At 19, he began to play in Veludo Elétrico, opening his professional phase. In 1974, he joined Vímana, an important group for the gestation of the Brazilian rock style. Expelled from the group due to disagreements with Patrick Moraz, he hadn't even a place to sleep, since Vímana worked in the communal style so dear to the '70s imagery. It was when Santos met Antônio Pedro Fortuna, a friend and former bassist for the Os Mutantes. In 1978, the two of them, percussionist Reginaldo Francisco, and drummer Hélber Baldaque formed the short-lived light pop/rock band Unziotros. He then wrote the soundtrack for Neville de Almeida's movie Os Sete Gatinhos, based on the work of fundamental Brazilian writer Nelson Rodrigues. Through Polygram, he released the single Gosto de Batom (Bernardo Vilhena/Pedro Fortuna) under his real name Luís Maurício. Being married to a journalist (Scarlet Moon de Chevalier) opened the doors of a parallel career in writing (SomTrês magazine) and, at the same time, Santos became the producer of soundtracks for Rede Globo's soap operas and series. But the murder of John Lennon on December 8, 1980, inspired the composition "Tesouros da Juventude" (lyrics by Nelson Motta). Recording a demo tape with drummer Jim Capaldi (formerly with Traffic), Santos sent them to Warner's artistic director Léo Neto (a friend of Motta's). In 1981, Santos recorded for Warner (already using his pseudonym), and with the fundamental support of hitmaker/producer Liminha, three singles reached expressive selling: "Tesouros da Juventude," "Areias Escaldantes," and "De Leve" (a version of Rita Lee's version of Lennon/McCartney's "Get Back"). Santos began to show his face on TV, receiving a strong impulse on shows hosted by the irreverent and extremely popular Chacrinha. In the same year, he participated with "Areias Escaldantes" at the MPB-Shell 81 festival, with no results. The following year marked the release of his first solo LP, Tempos Modernos, which brought the three singles, along with "De Repente Califórnia" (theme of the film Menino do Rio), "Tudo com Você," "Palestina," and "Scarlet Moon," strong candidates as hits that concretized a respectable selling of 56,000 copies.nn The second LP aimed explicitly at success through peaceful pop ballads such as "Como uma Onda no Mar," and the melodic tunes "Adivinha o Quê" and "Um Certo Alguém," everything following a simple formula in which the pleasures of an idealized beach culture was sold to the masses of upcountry Brazil. The album reached the goal, selling 90,000 copies. Tudo Azul (1984) still had a good performance through the title track, "O Último Romântico," and "Certas Coisas." In 1985, he participated in the important festival Rock in Rio, which jammed up to 250,000 people in each of its five evenings. Santos played the same nights as Rod Stewart and Queen. But successhad a price and Santos, in the middle of an ego trip, dismissed Liminha and produced Normal on his own, which sold badly and provoked his departure from Warner.nn Moving to RCA/Ariola, he returned for his successful formula of pop/rock on Lulu (1986), selling 200,000 copies. Two songs were included on soap opera soundtracks, "Condição" (Corpo Santo, TV Manchete) and "Um pro Outro" (Brega e Chique, TV Globo). Packed house shows throughout Brazil became usual for his presentations; he even crowded the sports stadium in Maracanãzinho. In 1987, Warner released the compilation O Último Romântico, which sold 400,000 copies. That year, the LP Lulu was awarded with a platinum record. In the very ceremony at a packed Maracanãzinho, Santos refused to accept the award because the album hadn't reached the minimum amount of 250,000 copies for that category (making public an old divergence among artists and recording labels about rights derived from obscure ciphers). Toda Forma de Amor (1988) had the hit "A Cura," which was the most spun cut on all Brazilian FMs. The album also tried an approximation with MPB on tracks such as "Cobra Criada" and "Ton Ton." The tour for the release of the album went through 29 Brazilian cities and Montreux (Switzerland), reaching 450,000 spectators. It was so successful that it yielded a live recorded album, Amor à Arte (at the Olympia of São Paulo in August 1988). In the first Hollywood Rock festival that year, Santos played on the same night as Supertramp. On Popsambalanço (1989), Santos was the first to bring back the semi-forgotten figure of the giant Jorge Ben (now Jorge Ben Jor), but the album was received with either indifference or negativity from critics, selling "only" 70,000 copies. Honolulu (1990) was then a return to his easy hits, such as "Papo Cabeça." The LP was released at a live show in the open at the Praça da Apoteose (Rio), where Santos opened for Eric Clapton. In the '90s, Santos recorded three dance music albums with DJ Memê: Assim Caminha a Humanidade, Eu e Memê, Memê e Eu (his best-selling album until then), and Anticiclone Musical. Liga Lá (1997) had the participation of the important conductor/arranger of Tropicalia, Rogério Duprat, and an old partner from Vímana times: Ritchie. The digestible Calendário (BMG, 1999) retakes the winning collaboration with Liminha and the beach pop formula. ~ Alvaro Neder 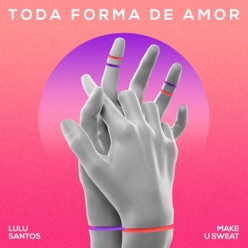 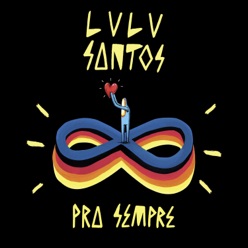 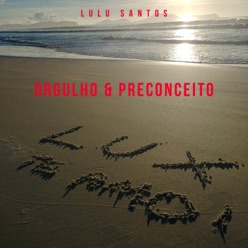