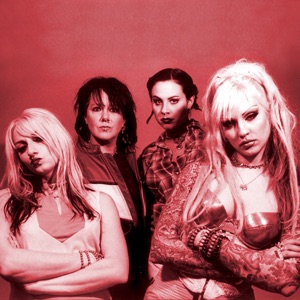 Acerca de Lunachicks
Brewing up a rowdy fusion of punk rock, hard rock, heavy metal, and twisted pop, the Lunachicks are a furious all-female ensemble from New York City. The Lunachicks were formed by singer Theo Kogan, guitarist Gina Volpe, and bassist Sydney "Squid" Silver while all three were students at Fiorello H. LaGuardia High School of Music u0026 Art and Performing Arts in New York; they met up with Sindi Benezra, another rock-minded student who played guitar, and began writing songs, most informed by the more outrageous elements of popular culture or the concerns of semi-crazed teenagers (one early tune involved the non-accidental death of two of their teachers). Theo's brother Mike Kogan sat in on drums for their first gig in 1987, and with the arrival of drummer Becky Wreck, the group's first solid lineup was in place. Souping up their shows with outré costumes and deliberately offensive theatrics, the Lunachicks became regulars on what became known as the "Scumrock" scene (largely comprised of other noisy pre-grunge bands with equal portions of fuzzy guitar and snarky wit), and one memorable show was attended by Kim Gordon and Thurston Moore of Sonic Youth. Gordon and Moore were taken with the Lunachicks and told their friend Paul Smith of Blast First Records to check out the band.nn Blast First ended up signing the Lunachicks, and released a double 7" EP of early recordings in 1989, with their debut album, Babysitters on Acid, following in 1990 (the same year that saw the release of New York Scum Rock: Live at CBGB, a multi-artist collection recorded during a series of shows at the iconic New York punk venue that included the Lunachicks' "Makin' It [With Other Species]"). In 1992, the Lunachicks jumped to the American indie label Safe House, issuing their second LP, Binge u0026 Purge. In 1994, Becky Wreck left the band; Kate Schellenbach of Luscious Jackson briefly filled in for Wreck until Chip English came aboard as the new Lunachicks drummer. English made her recording debut with the Lunachicks on the 1995 album Jerk of All Trades, which was also their first release on the New York punk rock label Go-Kart Records. In 1997, the Lunachicks returned with their fourth studio album, Pretty Ugly, but the year also saw the departure of guitarist Sindi Benezra, and the group opted to continue as a quartet. The concert album Drop Dead Live arrived in 1998, while 1999 brought the studio set Luxury Problem.nn By this time, the group was holding up a busy touring schedule, headlining clubs in the United States, Europe, the U.K., and Japan, while opening for the likes of the Ramones, the Buzzcocks, No Doubt, the Go-Go's, Rancid, and NOFX and appearing on the Vans Warped Tour. In late 1999, Chip English left the group and Helen Destroy took over behind the drums, but in mid-2000, the Lunachicks were in need of a rest and announced they were going on hiatus. Since then, the Lunachicks haven't released any new recordings, and outside of two shows in 2002 and 2004 with Chip English on drums (one of which was a benefit), the band remained inactive, though no official breakup has been announced, suggesting further mayhem is not out of the question. While the Lunachicks have been on hold, Theo Kogan has recorded and toured with her band Theo and the Skyscrapers, as well as pursuing careers in acting and modeling. Elsewhere, Sydney "Squid" Silver has worked as a tattoo artist and restaurateur, Gina Volpe became a member of the band Bantam, Chip English plays drums with the group Suicide King, Becky Wreck was percussionist for the Blare Bitch Project, and Helen Destroy tours with an all-female Led Zeppelin tribute band, Lez Zeppelin. ~ Mark Deming 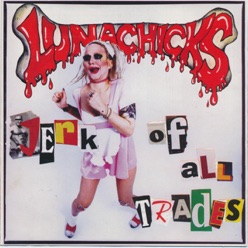 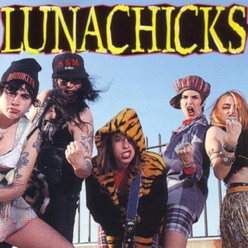 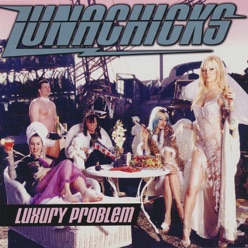