ORIGEN
Gilbert, AZ
FORMACIÓN
2003
Acerca de Lydia
With a poetic and tender take on indie rock, Arizona's Lydia emerged on a 2005 compilation by the clothing brand Atticus after winning a national competition. Enduring frequent touring and regular lineup changes behind leader Leighton Antelman, the group made its Billboard 200 debut with its fifth studio LP, Devil, in 2013. With a slightly more refined sound that was still rooted in Antelman's evocative songwriting, Lydia's seventh album, 2018's Liquor, marked their Sony label debut.nnFormed in 2003 by five high school friends in Gilbert, Arizona, Lydia quickly made an impact in the local music scene. Often incorporating eloquent male/female vocal harmonies, the band comprised main songwriter Leighton Antelman (guitar/vocals), Maria Sais de Sicilia (vocals/keyboards), Steven McGraw (guitar/organ), Loren Brinton (drums), and Evan Arambul (bass). Lydia first got noticed outside their home state in mid-2004 when they won a contest put on by Atticus, the music- and skate-oriented clothing company founded by members of blink-182. Their prize was inclusion on the third volume of the Atticus: Dragging the Lake compilation series, released in early 2005. Lydia's fittingly titled song "Smile, You've Won" subsequently appeared alongside popular emo and punk acts like Fall Out Boy, Mae, Motion City Soundtrack, and Rise Against. Their debut album, This December; It's One More and I'm Free, surfaced later that year via HourZero, a label and management firm based out of Mesa. Also in 2005, everyone in the band had finally finished high school, and Lydia were able to begin touring full time.nn After Mindy White stepped in to replace Sais de Sicilia, the band joined 2006's Warped Tour, also spending time on the road with acts like Spitalfield and Days Away. White bowed out of the lineup that November, and Lydia pressed on as a foursome. With Craig Taylor replacing Brinton on drums, the lusher Illuminate was released in early 2008, leading to a brief record deal and re-release with Universal/Motown. After their first headlining tour, the self-released Assailants followed in 2010, and then Lydia co-founder Steven McGraw left the band.nn Following a brief hiatus during which Antelman recorded an album for a project called the Cinema with producer Matt Malpass, Paint It Golden was released in 2011 with only Antelman from the band's original lineup and Craig Taylor on drums. The band toured on and off throughout 2012, which also saw the release of the Acoustics EP. The Colby Wedgeworth-produced full-length Devil arrived in early 2013 and broke into the Billboard 200. They followed it with a headlining tour of North America, and released a deluxe edition of Devil with original bonus tracks, prompting more touring. The year 2014 brought the Illuminate Tour (and their first dates in the U.K.), in which the band played the entire album at each show. The trio lineup of Antelman, Justin Camacho (guitar), and Matt Keller (keyboards/guitar) then headed into the studio with producers Colby Wedgeworth and Aaron Marsh (Copeland). The resulting Run Wild was self-released in 2015.nn Lydia signed with Sony imprint Weekday Records for their more refined sixth LP, Liquor, which followed in 2018. Featuring the lineup of Antelman, Keller, and bassist Shawn Strader, it was produced by Eric Palmquist (MUTEMATH, Thrice) and included a collaboration with labelmate Lauren Ruth Ward. A single, "Savage," arrived in 2019. ~ Corey Apar u0026 Marcy Donelson 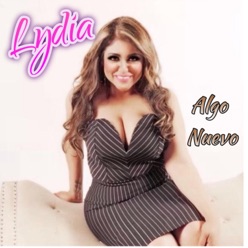 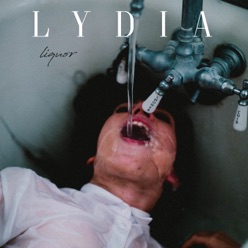 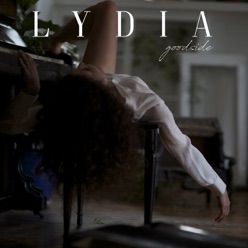