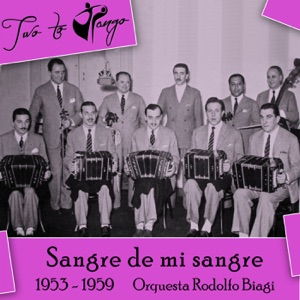 Acerca de Mabel Wayne
b. 16 July 1904, Brooklyn, New York, USA, d. 19 June 1978. A little-known composer who wrote several important songs during a career which ranged from the mid-20s through to the mid-50s. Mabel Wayne studied at the New York School of Music and in Switzerland before touring the USA and overseas as a concert singer and pianist while still in her teens. Turning her attention to popular music, in 1925 she had some success with Dont Wake Me Up (Let Me Dream), written with L. Wolfe Gilbert and Abel Baer, and recorded by the orchestras of Vincent Lopez and Howard Lanin. In the following year, Paul Whiteman, who would subsequently record several of Waynes compositions, took her appealing In A Little Spanish Town (written with Sam M. Lewis and Joe Young) to number 1 in the US. The song was later performed by deadpan Virginia OBrien in the all-star Thousands Cheer movie (1943), and successfully revived in 1954 by David Carroll And His Orchestra. In 1927 Wayne collaborated again with L. Wolfe Gilbert on perhaps her most fondly remembered number, the enchanting waltz Ramona. Dedicated to the Mexican film actress Dolores Del Rio, it was played whenever her silent film of the same name was shown. Wayne composed several other popular songs in the late 20s, including Cheerie Beerie Bee (Lewis-Young) and Chiquita (Wolfe Gilbert), before contributing two items to the spectacular early film musical King Of Jazz (1930). One of these, Ragamuffin Romeo (Howard da Costa), has long been forgotten, but Waynes other song in the film, It Happened In Monterey (Billy Rose), which was introduced by John Boles and Jeannette Loff, has endured. It was one of a selection of her hits that Wayne recorded herself, singing and playing piano, in the 30s. During that decade when so many fine songs were being written, Mabel Waynes output included Little Man, Youve Had A Busy Day (Maurice Sigler- Al Hoffman), His Majesty The Baby (Neville Fleeson and Arthur Terker), Home Again (Mabel Wayne) and Why Dont You Fall In Love With Me? (Al Lewis). The latter number, which was published in 1937, proved successful on record in the early 40s for Connee Boswell, Dinah Shore and Dick Jurgens, among others. In 1943 it was also featured in the London revue Hi-De-Hi, which starred Flanagan And Allen, and the film musical Hollywood Lodge. In the 40s Wayne collaborated on at least two songs with veteran lyricist Kim Gannon, I Understand and A Dreamers Holiday, and among her other compositions around that time, and through to the 50s, were Under A Strawberry Moon, The Language Of Love, The Right Kind Of Love, So Madly In Love and Guessing (1954).