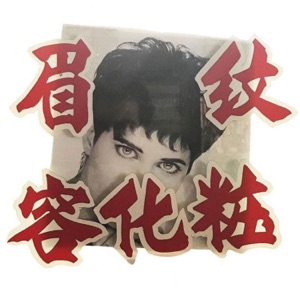 Acerca de Macabre
This long-lived Chicago trio became a cult favorite among death metal fans with their perverse themes that inspire just about as much boyish giggling as they do shock. Though Macabre was one of the first bands to ever experiment with the themes and songwriting that would eventually become widely known as death metal, the group remained primarily an underground band. In the early '90s they garnered considerable acclaim from the death metal community for their Sinister Slaughter album, and in 2000 they sparked interest with a concept album based on Jeffrey Dahmer. Yet for the most part, despite their role as a pioneering band, Macabre never attained the recognition they were perhaps due, most likely because of their often-satirical approach. Forming in 1985, before death metal and grindcore even existed, Macabre -- Nefarious (bass/vocals), Corporate Death (guitar/vocals), and Dennis the Menace (drums) -- quickly developed a following with their extreme heavy metal, which they eventually dubbed "murder metal." The group's first release, Grim Reality, originally came out in 1987 and was followed a year later by Shit List Demo, which contained both studio and live tracks. Then in 1989, the group first began attaining global acclaim with Gloom, an album that had full European distribution thanks to its release on Vinyl Solutions (the album was first released as a split CD with the Grim Reality LP in 1990 and was later remastered, repackaged, and re-released in 1998 by Decomposed Records). The music that had originally appeared on the Shit List Demo record in 1988 was then re-released with a limited edition of only 666 copies by Germany's Gore Records, following the interest sparked by Gloom. Macabre then released the Night Stalker 7" on high-profile U.S. label Relapse and signed to another high-profile death metal label, Nuclear Blast, in 1992, which led to the release of their most-recognized and well-known release to date, Sinister Slaughter (an album basing each of its songs on different psychopaths). Following the acclaim of Sinister Slaughter, the group toured the world for most of 1994 and released the Behind the Wall of Sleep EP in 1995. After a few years of off-and-on activity without any releases where the band experimented with satirical "unplugged" shows, Macabre returned in 1999 with the Unabomber EP on Decomposed Records, which featured alternate versions of tracks from their then-unreleased Dahmer album, along with some out-of-print tracks from the Grim Reality album. Then in 2000, seven years after the success of Sinister Slaughter, Nuclear Blast re-released the classic album with the Behind the Wall of Sleep EP as bonus tracks, and the group finally unveiled their long-awaited Dahmer album, featuring production by respected producer Neil Kernon. Given the album's Grammy-winning producer and the ambitious status as a concept album that almost seems to play like a musical, Dahmer again sparked interest in the band. ~ Jason Birchmeier 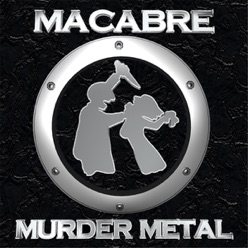 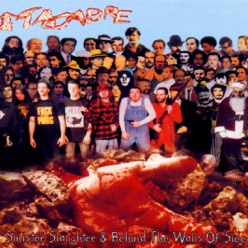 Sinister Slaughter / Behind the Walls of Sleep - Classic Series
2000