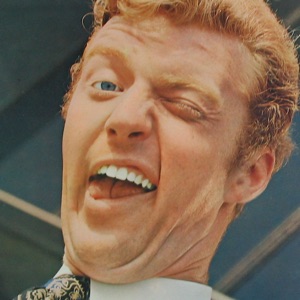 CIUDAD NATAL
Rotterdam, The Netherlands
NACIMIENTO
20 de febrero de 1947
Acerca de Andre van Duin
André van Duin is a Dutch comedian with an illustrious career spanning several decades that includes television acting as well as popular music. He was most successful during the mid- to late '70s and '80s. Born Adrianus Marinus Kyvon on February 20, 1947, in Rotterdam, Netherlands, he began his career as a television actor in the mid-'60s. In the '70s, he hosted his own television show and started his own radio show, too. As a singer of popular music, van Duin got his start in 1972, when he made his full-length debut with the eponymous album André van Duin and scored the hit singles "Angelique" and "Het Bananenlied," the latter of which reached the Top Five of the Dutch singles chart. Numerous Top Ten hit singles followed in 1974 and 1975, including "De Tamme Boerenzoon," "De Sambaballensamba," and "Doorgaan." However, his biggest hit came in 1976 with the chart-topping smash "Willempie." While all this material was humorous, in keeping with van Duin's reputation as a comedian, he showcased his serious side with And're André (1977), the first in a five-volume series of albums more or less free of novelty material. Throughout the '80s, van Duin hit the Top Ten repeatedly with hit singles such as "Nederland die Heeft de Bal," "Als Je Huilt," and "De Heidezangers," not to mention many others. Following the 1993 chart-topping hit "Het Pizzalied (Effe Wachte...)," his career began to wane. There were subsequent Top Ten hits such as "De Buurtsuper (Goedemorgen, Goedemiddag)" in 1995 and "Ayohee (Zo Ken Ie Wel Weer)" in 1997, but not much else of significance. Van Duin put his recording career to rest after Z'n Allergrootste Hits in 2001. He didn't return with another album until 2010, when he had Top Ten success with the double-disc comeback effort Dubbel. ~ Jason Birchmeier 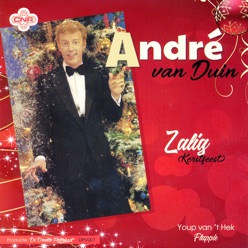 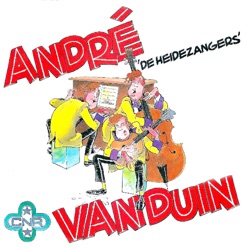 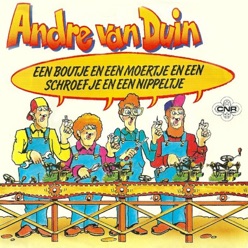