Acerca de Maggie MacInnes
This Gaelic singer, composer, and clàrsach (Celtic harp) player, born August 29, 1963 in Glasgow, Scotland was lauded as one of the foremost exponents of Gaelic music and song of her generation. The daughter of the world-famous traditional singer Flora MacNeil, who came from a long line of Gaelic singers on the island of Barra, she was exposed from an early age to the rich vocal tradition of the island, and learned most of the songs in her repertoire from her mother. At age 12, she was inspired to take up the clàrsach upon hearing Breton harpist Alan Stivell's seminal album Renaissance of the Celtic Harp.nnWhile still very young, she was introduced to many of the leading figures in the Glasgow folk scene, including George Jackson of the band Ossian. She became good friends with Jackson, and recorded her first album, Cairistìona, in collaboration with him in 1984. She would later perform live with Ossian and several other well-regarded Scottish folk bands including Fuaim and Eclipse First.nnAfter many years of live performance, MacInnes recorded her debut solo album Eilean Mara ("Island in the Sea") in 1998, which was produced by Scots folk luminary Dougie MacLean and released on his Dunkeld label. The album had been feverishly anticipated on the folk scene and was rapturously received; this persuaded MacInnes to found her own record label, Marram, for subsequent releases. On her next two albums, 2001's Spiorad Beatha ("Spirit of Life") and 2004's Talamh Sitheil ("Peaceful Ground"), she continued to explore the Barra repertoire, whilst bringing a refreshingly contemporary sound to the recordings.nnIn 2004, MacInnes was commissioned to write a piece for the Celtic Connections festival. The result was Òran na Mnà ("The Woman's Song"), a long-form work inspired by the contribution of women to Gaelic culture and incorporating both instrumental and vocal performance. Its success led, in part, to MacInnes being awarded Gaelic Singer of the Year at that year's Scots Trad Music Awards, and it was recorded and released as her fourth album in 2007.nnThe critical acclaim for Òran na Mnà led to heavy demand for MacInnes' skills as a composer, and she was commissioned to write the scores for two BBC documentaries. An Traigh Mhòr ("The Big Beach") was a portrait of Barra Airport, whose runway actually is a big beach, and A Fàgail Mhiughalaidh ("Leaving Mingulay") was about the tiny Scottish island abandoned in 1912. The latter was of special interest to MacInnes, as much of her mother's side of the family had lived on Mingulay before they were forced to relocate to Barra. A Fàgail Mhiughalaidh lent its name to her fifth album, released in 2009, which featured the music she had composed for the documentary, alongside traditional songs from the island. ~ John D. Buchanan 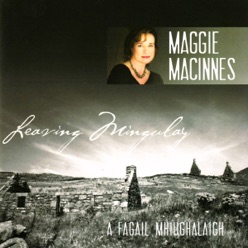 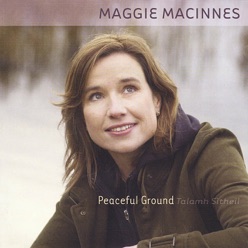 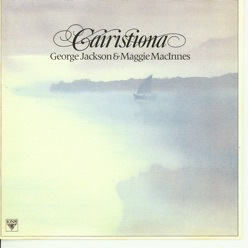