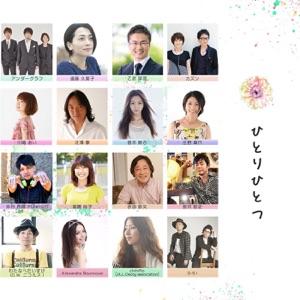 Acerca de Mai Kuraki
Mai Kuraki became one of the biggest J-pop stars of the 2000s, right up there with Ayumi Hamasaki and Hikaru Utada. Like Hamasaki, she writes her own lyrics, and as commercial achievements go, she holds the record for most consecutive Top Ten singles in Japan (she's had over 30 of them). Her early material showed a strong Ru0026B influence -- she decided to be a musician at an early age after becoming acquainted with the music of Whitney Houston and the dance moves of Michael Jackson -- but later she drifted toward mainstream pop. Her good looks never hurt her career, either. Kuraki's story of success was as easy as pie -- when still in high school, she submitted a demo to Giza Studio and got signed. The label was so impressed with her that it tried to market her in the U.S. first: her professional debut single, "Baby I Like" (1999) was recorded in Cybersound Studio in Boston under the name Mai K. It flopped, but label execs realized how her potential could be applied, and moved her back to Japan, where she debuted with the single "Love, Day After Tomorrow" (1999), which turned out to be a chart-topping million-seller. Two other singles, "Stay by My Side" and "Secret of My Heart" (both 2000), sold over 900,000 copies each, charting at number one and number two respectively ("Secret of My Heart" lost to Masaharu Fukuyama's biggest hit "Sakurasaka"), and her debut album, Delicious Way, shifted 3.4 million units and became the top-selling Japanese album of 2000.nnKuraki never topped these results, but neither did she fizzle out after the debut. Her singles off the second album, Perfect Crime (2001), sold 200,000-460,000 copies each, and the LP itself rose to number one and sold 1.3 million copies. Her 2002 album, Fairy Tale, also scored the top place on the Oricon chart, and the single "Winter Bells" (2002) served as the theme to the popular anime series Detective Conan. In 2002, Kuraki also released the English album Secret of My Heart on Giza USA, although it didn't sell any better that her previous American single. On the other hand, the 2003 Japanese full-length If I Believe upheld her number one tradition, and in the same year, Kuraki also did a duet with the Singapore star Sun Yan Zi and provided a song for Hit Parade, a rock project of Tak Matsumoto of the legendary band B'z. In 2004, there was a break in new studio releases, but the compilation Wish You the Best sold 956,000 copies, and besides, in 2005 Kuraki completed her higher education, graduating from a private university in Kyoto. The albums Fuse of Love (2005) and Diamond Wave (2006) followed, and although they sold fewer copies than her previous records, Kuraki staged an overseas expansion in 2007, appearing at huge music events in mainland China, South Korea, and Taiwan, where she also held her first proper overseas solo concert. In between these travels, Kuraki also switched labels, from Giza to Northern Music, which handled her 2008 album One Life which charted outside of the Top Ten, climbing only to number 14. Its follow-up, Touch Me!, came out in 2009 on Northern Music as well and rose to number one despite moderate sales. ~ Alexey Eremenko