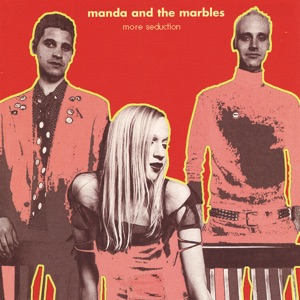 ORIGEN
Columbus, OH
FORMACIÓN
1999
Acerca de Manda & The Marbles
Retro trio Manda and the Marbles--Manda (vocals/bass), Joe A. Damage (guitar) and Mark Slak (drums)--play new wave-inspired poppy, punk rock. The band began to take shape when Manda met recording engineer Joe A. Damage while she was playing in a group called Dick, Jane and Sally. With drummer Mark Slak to complete the line-up, the trio formed the Marbles. A demo cassette wound up with Break-Up records and the label released a seven-song album, Rock's Not Dead, in 1999. Seduction, a follow-up with improved production, came a year later. 2001 proved to be the band's most promising year yet, as they played a CMJ Music Marathon gig with the Hissyfits and later signed with Go-Kart records. After officially changing their name from the Marbles (to avoid any confusion), More Seduction, a remastered update of Seduction with four new songs, came out in 2003. ~ Kenyon Hopkin 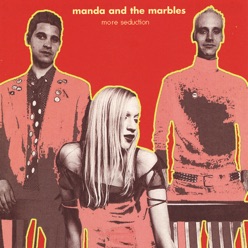