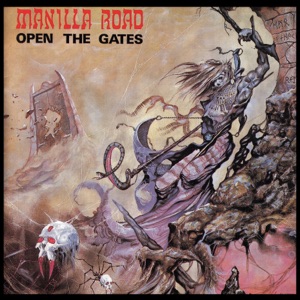 Acerca de Manilla Road
Wichita, KS-based Manilla Road is one of America's -- make that the world's -- great cult heavy metal bands. Geographically isolated, fiercely independent, and highly original, the group has rarely toured and never seen a single album released by a major record company, but has nevertheless managed to endure in one form of another for over two decades.nn Vocalist and guitarist Mark Shelton was involved in a number of amateur bands during the 1970s, playing jazz and country before winding up in a rock band called Embryo, and later founding Manilla Road in 1979 with bassist Scott Parks and drummer Rick Fisher. Unwilling to wait for record labels to come discover them all the way out in Wichita, the resourceful trio recorded its first album, Invasion, later that year, then released it through the band's own Roadster Records for good measure. Another album, tentatively entitled The Dreams of Eschaton, was finished and shelved because the bandmembers weren't happy with the results, but they gave it another try and duly came up with 1982's simply titled Metal LP.nn Despite such indicative titles, however, Manilla Road's first efforts actually delved into everything from progressive to space and straightforward hard rock, and it wasn't until 1983's watershed Crystal Logic that their metallic inclinations truly took over. Fusing a few lingering hard rock tricks and a penchant for epic and fantasy lyrics with the recent aesthetic innovations of the New Wave of British Heavy Metal, Crystal Logic boasted improved sound quality, introduced Manilla Road to a wider heavy metal fan base (especially beyond America's borders), and signaled the beginning of their golden age. This would be marked by truly triumphant subsequent efforts like Open the Gates (1985), The Deluge (1986), and, to a lesser degree, Mystification (1987) -- all of which were released by French independent Black Dragon Records and featured the more aggressive, inventive, and thrash-attuned drumming of new arrival Randy Foxe.nn Released in 1987, Live Roadkill preceded a couple of less memorable but still occasionally inspired efforts in 1988's thrash and H.P. Lovecraft-obsessed Out of the Abyss and 1990's disjointed and aptly named The Courts of Chaos. This proved to be the final bow for Manilla Road's "classic" lineup, since Parks and Foxe were no longer speaking, and Shelton was pretty burnt out himself. Looking for a fresh start, he laid to rest the Manilla Road name and recruited bassist/keyboardist/vocalist Aaron Brown and drummer/vocalist Andrew Coss to collaborate on a new project. Far more eclectic and progressive in nature, 1992's The Circus Maximus was intended to double as both their band and album name, but when it came down to crunch time, Black Dragon deviously slapped Manilla Road on the cover in order to guarantee bigger sales.nn None too pleased with this act of deception, a disillusioned Shelton vanished from sight for a few years, but eventually re-emerged with a revamped Manilla Road (featuring bassist Mark Anderson and drummer Scott Peters) for 2001's Atlantis Rising and 2002's Spiral Castle (also featuring another vocalist in Bryan Patrick). Later that year, Manilla Road's long lost second album was given an official release as Mark of the Beast, and recent reports suggest that Mark Shelton has no plan to retire anytime soon. ~ Eduardo Rivadavia 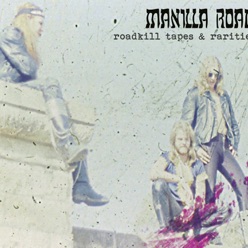 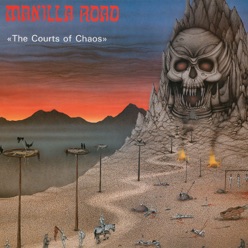 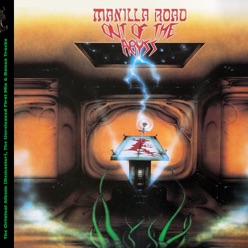