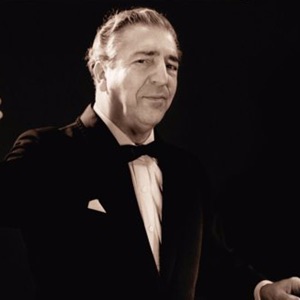 CIUDAD NATAL
Venice, Italy
NACIMIENTO
15 de noviembre de 1905
Acerca de Mantovani
Conductor, composer, violinist, and pianist Mantovani was one of the most popular and prolific easy listening artists of all time. His trademark "cascading strings" (or "tumbling strings") effect gave him an instantly recognizable sound, and his heavy reliance on the string section in general helped map out the blueprint for much of the light orchestral music that followed in his wake. His repertoire did feature original compositions, but was built chiefly on lush adaptations of familiar melodies: TV and movie themes, show tunes, pop hits (chiefly of the MOR variety), classical material, and the like. Starting his career in the '20s, Mantovani was very much a product of the recording age: he focused almost entirely on recording, instead of live performance; he was one of the first artists to utilize the LP as a primary medium for his releases (as opposed to singles); he was one of the first popular artists to use stereo recording technology, and likely the first to sell over a million records in the stereo format. Fascinated by the studio recording process, he experimented restlessly with miking methods and other technical nuances over the course of an astoundingly large discography -- more than 50 albums from the early '50s until his death in 1980 (not counting his numerous 78 rpm records, dating back to the late '20s).nnAnnunzio Paolo Mantovani was born November 15, 1905, in Venice, Italy. His father was an accomplished violinist who performed at the legendary Milan opera house La Scala under the direction of Arturo Toscanini. Mantovani himself began piano and music theory lessons at a young age. In 1912, the family moved to England, where Mantovani's father took over direction of the Covent Garden Orchestra. At age 14, Mantovani switched from piano to violin; although the latter became his instrument of choice, he would keep up his piano work for the sake of composing. Just two years later, he made his professional debut with a performance of Anton Bruch's "Violin Concerto No. 1." He joined a touring orchestra and quickly became a featured soloist; by age 20, he was leading the resident Hotel Metropole Orchestra, and made a few recordings with the group in 1928. He gave high-profile recitals in 1930 and 1931, performing Saint-Saëns' "Violin Concerto in B Minor" at the latter, and began to make a name for himself. Around the same time, he formed a new group, the Tipica Orchestra, and started a series of regular radio broadcasts from London's high-profile Monseigneur restaurant. Mantovani and the Tipica Orchestra made highly successful appearances all over England, and recorded for Sterno, Regal Zonophone, and Columbia from 1932-1936; two of those records, "Red Sails in the Sunset" and "Serenade to the Night," were hits in the U.S. in 1935 and 1936, respectively. Columbia changed the billing on his records to Mantovani u0026 His Orchestra in 1937, and in 1940 he moved over to Decca. By World War II, he was one of the most popular orchestra leaders in England, and in the '40s he also branched out into theater, serving as musical director for a number of productions including several by Noel Coward. Once World War II ended, Mantovani threw his energy into recording, and gradually moved away from live performances altogether. He experimented with different styles over a series of popular 78s for Decca, and hit upon his signature sound when he connected with arranger Ronald Binge, who'd once played accordion in the Tipica Orchestra. Binge was likely the man who devised Mantovani's dramatic "cascading strings" effect, which the two first employed on the 1951 single "Charmaine," a song originally written 25 years earlier. "Charmaine" was a major hit, selling over a million copies and definitively cracking open the U.S. market for Mantovani's music. A steady stream of hit singles followed in the early '50s, including "Wyoming" (1951), "Greensleeves" (1952), the U.K. number one "Song From Moulin Rouge" (1953), "Swedish Rhapsody" (1953), "The Lonely Ballerina" (1954), "Toy Shop Ballet" (1956; it helped him win the U.K.'s Ivor Novello Award), and "Around the World" (1957). Additionally, Mantovani arranged, co-wrote, and backed David Whitfield on his U.K. chart-topper (and U.S. Top Ten) "Cara Mia" in 1954. Starting in 1953, he recorded what proved to be a deluge of LPs for Decca and its London subsidiary. The advent of rock u0026 roll stunted his success on the singles charts, but his albums sold like hotcakes in America. From 1955 to 1972, well over 40 Mantovani albums reached the U.S. pop charts; 27 of those reached the Top 40, and 11 made the Top Ten. His biggest sellers included Christmas Carols (1953; it re-entered the charts several times), Strauss Waltzes (1953), Song Hits From Theatreland (1955), Film Encores (1957; his lone number one album), Gems Forever (1958), Mantovani Stereo Showcase (1960), Italia Mia (1961), and the smash Mantovani Plays Music From "Exodus" and Other Great Themes (1961), a number two hit that sold over a million copies and stayed on the charts for nearly a year. His version of the "Exodus" theme was just one of several successful recordings (others were by Ferrante u0026 Teicher and jazzman Eddie Harris). As the '60s wore on, Mantovani's brand of pleasant, light orchestral music increasingly diverged from mainstream tastes in pop, and his chart placings slipped lower and lower (his last entry was 1972's Annunzio Paolo Mantovani). Still, he stayed true to his own aesthetic, only adopting those contemporary trends that he could translate on his own terms. His recording activities were curtailed after the Decca label was dissolved and absorbed into MCA in 1973, though he continued to compose for several years afterward. He passed away on March 30, 1980, in his country home in Tunbridge Wells, England. ~ Steve Huey 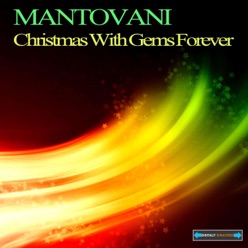 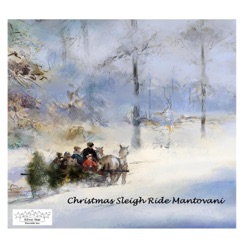 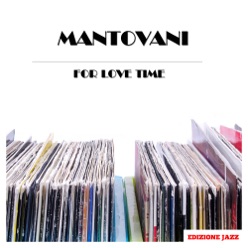