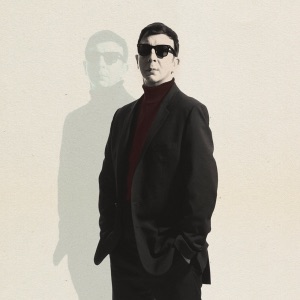 Acerca de Marc Almond
After disbanding Soft Cell, vocalist Marc Almond pursued a solo career that followed the same vaguely sleazy, electronic dance-pop his former group had made popular. Almond's strength was never his personality, and his voice tends to waver around the notes instead of hitting them. It was the atmosphere he created with the synths and drum machines. Underneath all of the electronics and disco rhythms, Almond harked back to the days of cabaret singers, updating that sound for the dance clubs of the '80s.nnBefore he properly started a solo career, Almond formed Marc u0026 the Mambas, a loose congregation that featured Matt Johnson of The The and Annie Hogan. Untitled (1982), the group's first album, featured covers of Lou Reed, Syd Barrett, and Jacques Brel; throughout his career, Almond would cover the songs of Brel, which he had learned from the records of Scott Walker. Like Walker, Almond used Brel's heavily orchestrated compositions and social ruminations as a starting point, both musically and lyrically -- Almond added a self-conscious element of camp with his Euro-disco and occasionally sleazy lyrics. Torment u0026 Toreros (1983), Marc u0026 the Mambas' second album, explored this path in more detail than Untitled, only to an orchestral background. After its release, the group broke up.nnAlmond formed the backing group the Willing Sinners in 1984, releasing Vermin in Ermine in 1984. Almond began to hit his stride with this album, which fulfilled most of his campy cabaret fantasies. Stories of Johnny, released the following year, was more cohesive, spawning a British hit with the title song. Even though he maintained a cult following in England and various parts of Europe, his records were not being released in the U.S.nnIn 1987, Almond released Mother Fist and Her Five Daughters, his first proper solo album and his bleakest work to date; a compilation, Singles: 1984-1987, appeared the same year. Stars We Are, released the following year, was a brighter, more welcoming album that revived his commercial career. In addition to a duet with Nico on "Your Kisses Burn," Almond performed a duet with Gene Pitney on Pitney's own "Something's Gotten Hold of My Heart," which became a number one single. Stars We Are also became his first album released in the U.S. since his albums with Soft Cell.nnAlmond followed the success of Stars We Are in 1990 with the pet project Jacques, a collection of Brel songs. That same year, he released Enchanted, which was more successful than Jacques, yet didn't reach the heights of Stars We Are. In 1991, he released The Tenement Symphony, and in 1993, a live album entitled Twelve Years of Tears, followed by a pair of albums on EMI. Almond then switched over to New York independent Thirsty Ear, which reissued some of his material, and then again to Instinct with his 1999 release Open All Night. Throughout the early 2000s, Almond stayed busy releasing archived live performances on both CD and DVD as well as issuing the studio efforts Stranger Things (2001) and Heart on Snow (2003) for yet another label, Psychobaby. Almond continued to write during this period, publishing a travel book called In Search of the Pleasure Palace: Disreputable Travels in 2004.nn Things took a turn for the worse soon after the book came out; Almond was involved in a serious motorcycle accident in October of that year and spent the majority of the following year recovering from the incident. He resumed recording in 2006 and released an album of cover songs, Stardom Road, the following summer. His 2009 effort, Orpheus in Exile, featured the songs of Vadim Kozin, a Russian songwriter and performer active in the 1930s and '40s. A year later, the single "Nijinsky Heart" preceded the release of Varieté, Almond's first studio album of his own material in over ten years.nn In 2011, Almond worked with composer Michael Cashmore of Current 93 on Feasting with Panthers, an album of musical interpretations of the singer's favorite homoerotic poems. Late in 2012, Almond began working with vanguard composer and saxophonist John Harle. He performed on the latter's Art Music, issued in 2013, singing three songs based on William Blake's poetry. In 2014, the pair collaborated in full on The Tyburn Tree: Dark London, an album of contemporary songs about the darkest sides of London's history.nn When Almond released Varieté in 2010, he claimed it would be his last album of original material -- that there were many songs by others he wanted to sing. In 2014, producer and songwriter Chris Braide succeeded in changing his mind. The pair wrote and recorded ten songs together, pairing them with two instrumentals by Braide. The relationship resulted in The Velvet Trail, which was issued by Cherry Red in early 2015. The following year, Almond resumed touring in earnest and curated the release of a career-spanning ten-disc box set entitled Trials of Eyeliner: The Anthology 1979-2016, which featured not only tracks from every album, but a clutch of one-offs and plenty of rarities. In July 2017, he was presented with an honorary doctorate in philosophy from Lancashire's Edge Hill University and delivered the year's graduation address. In August, he performed at I Feel Love Concert, a special event held to celebrate the 50th anniversary of the decriminalization of homosexuality in England in 1967. The concert featured live performances of groundbreaking gay songs, and readings of works by Oscar Wilde and Alan Hollinghurst, among others. Almond joined a performance lineup that included Will Young, Alison Moyet, and Tom Robinson. The same month, a pre-release single, a cover of the Young Rascals' "How Can I Be Sure" on BMG preceded the full-length Shadows and Reflections in September. It included originals composed by Almond and John Harle, as well as cinematically orchestrated covers by the Yardbirds, Burt Bacharach, the Herd, the Action, Bobby Darin, Julie Driscoll, Billy Fury, and Johnny Mandel. After several years of touring on-and-off with rhythm u0026 blues pianist Jools Holland, Almond finally teamed up with him to record an album, A Lovely Life to Live, in 2018. ~ Stephen Thomas Erlewine u0026 Thom Jurek 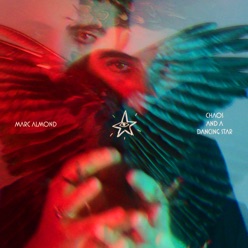 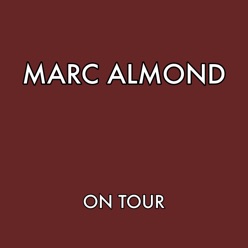 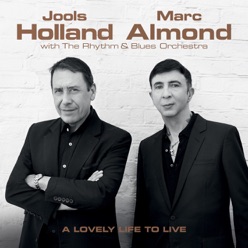