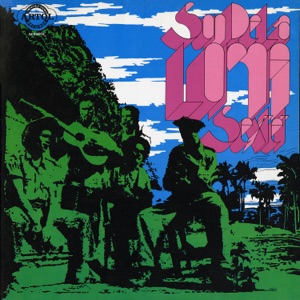 Acerca de Marcelino Guerra
Affectionately nicknamed "Rapindey," Marcelino Guerra enjoyed tremendous longevity as one of the premier segunda voz (second voice, or harmony) singers in Cuban music. What's more, his numerous song compositions (chiefly in the bolero and son forms) helped give rise to filin, a style which bridged the gap between Cuban popular music and the more complex harmonic vocabulary of American jazz as it pushed from swing and stride into bebop. Guerra was born into a poor family in Cienfuegos, Cuba, circa 1914; he was orphaned at the age of five and raised by his maternal grandmother, who gave him his lifelong nickname Rapindey. Guerra moved to Havana in 1931 and two years later joined Ignacio Pineiro's renowned Septeto Nacional as second vocalist; he also began learning the guitar from Rafael Rebuifero. After singing with several other Havana groups, Guerra joined the orchestra of the legendary Arsenio Rodriguez in 1938, and that group's frequent radio appearances brought Guerra's voice to the entire nation on a regular basis. In 1944, Guerra traveled to New York City to make some recordings; he wound up emigrating there, and would never return to Cuba again. He joined up with Machito's seminal Afro-Cuban Orchestra, essentially the first true Latin jazz group, as second vocalist; they also wound up recording a number of Guerra compositions, the first of several New York orchestras to do so. Guerra sang with several other groups before forming his own, with whom he recorded during the late '40s and '50s. Guerra temporarily ended his life as a professional musician in the '60s, working instead as a merchant marine. Thanks in part to producer René Lopez's insistence, he rejoined the music world in the mid-'70s and recorded with pivotal figures of the New York salsa movement who recognized the importance of his past work -- musicians like pianist Eddie Palmieri and singer Ruben Blades (who used Guerra on his Grupo Folklorico y Experimental Nuevayorquino project). Guerra eventually retired to Spain, where he settled in the town of Alicante and married Julia Nunez. During the '90s, musicologist Tony Evora convinced Guerra, now in his eighties, to record again. Sessions took place during the summer of 1995, featuring plenty of guest singers and musicians -- including longtime friends Compay Segundo and Omara Portuondo, soon to be of Buena Vista Social Club -- who were happy to perform with him and pay him tribute. The resulting album, Rapindey, was released in 1996 -- but sadly, Guerra would pass away that very same year. His status as the father of the Latin jazz precursor style filin was rivaled only by Omara Portuondo; since Guerra never returned to his homeland, he was unable to share in the widespread acclaim accorded to the similar musicians in the Buena Vista Social Club, yet his status as an innovator among them remains assured. ~ Steve Huey