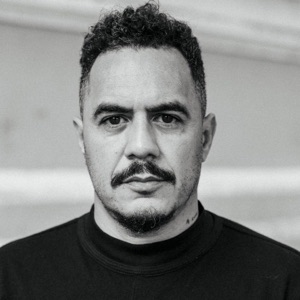 Acerca de Marcelo D2
Marcelo D2 was born on November 5, 1967, in Rio de Janeiro, Brazil. Living in the poor suburbs, he grew up between the "favelas" and the streets of Andarai, far from postcard Rio and its rich seaside districts. The hardships of his life required him to start working at 13, and before becoming a star, Marcelo worked as a doorman, a paper boy, a cleaner, a vendor, and an office boy, among other things. Contrary to expectations, leaving home young gave him the opportunity to survive. His childhood friends who remained in the district were consumed by the traffickers, and one by one, D2 lost his best friends in armed confrontations. By the time he reached 19, he had served in the Army and was married.nnPlanet Hemp, the band that projected Marcelo to fame, had its roots in the streets of Catete. Marcelo's Dead Kennedys T-shirt sparked conversation at a casual meeting between D2 and Skunk in the early '90s, and given their shared admiration for the skatepunk, rock, and underground movements, and their mutual appreciation for cannabis culture, Planet Hemp (a reference to High Times magazine) were formed. Eventually, D2 and Skunk were joined by Rafael (guitar), Formigão (bass), and Bacalhau (drums), and the group creatively intertwined rap vocals with psychedelic guitars. Feeling disillusioned by Skunk's death in 1994, D2 invited his friends Black Alien and B Negão to share the vocals with him. In 1995 they released their first album, Usuario (User), which sold more than 5,000 copies nationally. In 1997, they released Os Cães Ladram Mas a Caravana Não Para (The Dogs Bark But the Caravan Doesn't Stop). Three years later came A Invasão do Sagaz Homem Fumaça (The Invasion of the Shrewd Smoking Man), followed by the live album MTV ao Vivo: Planet Hemp in 2001.nnD2 felt it was time to find his own direction and expand his musical horizons. He had released a solo album in 1998, with a hip-hop/samba influence and lyrics about his life experiences. The album was very well received by critics and sold 150,000 copies. His next solo effort, A Procura da Batida Perfeita (Looking for the Perfect Beat), was released in 2003. With this album, D2 became a big name in the Brazilian scene, winning the various awards he was nominated for. The album was released in Europe, the United States, and Asia, thereby opening the doors to international touring. D2 made five European tours, playing in the most notable festivals, including Womex, Montreux, Roskilde, and Reading, as well as such traditional venues as Cité de la Musique in Paris. The enormous success of the album was also responsible for the release of a documentary DVD about its creation.nn In 2004, D2 reinvented himself again. Using his own music as a template and deconstructing the beat and the batucada, he put a band of 23 musicians on-stage, effectively arranging an orchestra to "unplug" the hip-hop and create acoustic versions of his songs for a Brazilian MTV Unplugged project. Performed live with heavy percussion and an excellent supporting band, there was a contagious sound and depth to his music. D2 and the band subsequently embarked on several world tours, and he collected material during his travels for the 15-track release Meu Samba É Assim (My Samba Is Like This). Marcelo D2 has revolutionized the Brazilian hip-hop scene, incorporating Latin influences, clever lyrics, and a lot of attitude. Critics and fans alike regularly await his new releases with anticipation. ~ Martin Wilson Cordobe 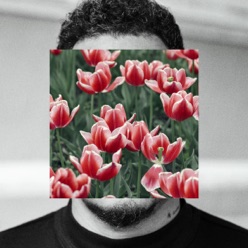 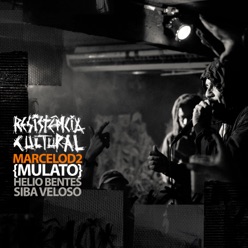 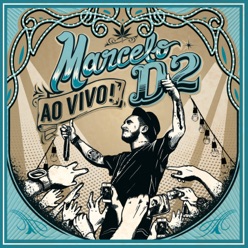