Letras de canciones de Margot & The Nuclear So and So's 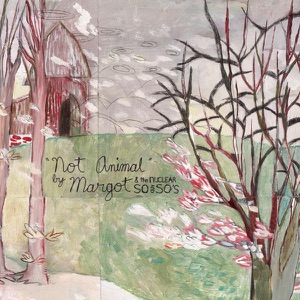 ORIGEN
Indianapolis, IN
FORMACIÓN
2004
Acerca de Margot & The Nuclear So and So's
The bittersweet indie rock of Margot u0026 the Nuclear So and So's was primarily the work of singer/songwriter Richard Edwards, who formed the collective in his native Indianapolis in 2004. At times incorporating elements of chamber pop, '90s alt-rock, or country into the project's moody, melodic songs, the group released six studio LPs in total, counting both Not Animal and Animal! from 2008. The latter was a reworked version made without label interference; the former became Margot's sole appearance on the Billboard 200. Edwards released Bride on the Boxcar: A Decade of Margot Rarities 2004-2014 in 2015 before retiring the moniker and beginning to record under his own name in 2017.nnNamed after the Margot Tenenbaum character in Wes Anderson's sophisticated comedy The Royal Tenenbaums, Margot u0026 the Nuclear So and So's took root in 2004, when Edwards decided to flesh out his scenic chamber pop sound with help from guitarist Andy Fry, cellist Jesse Lee, pianist Emily Watkins, trumpeter Hubert Glover, drummer Chris Fry, percussionist Casey Tennis, and bassist Tyler Watkins. The band's debut album, The Dust of Retreat, was issued on the local indie label Standard Recording in 2005. The picturesque, dozen-song set earned the band a loyal following, and Margot u0026 the Nuclear So and So's signed with Artemis Records later that year. A remixed and remastered version of The Dust of Retreat was released in March 2006, but a series of label acquisitions (Artemis bought V2, Virgin Records effectively absorbed the band, and Capitol merged with Virgin) convinced the group to partner with another company instead. They relocated to the Epic roster in October 2007 while working on their sophomore release. After tracking approximately 25 songs, however, the band clashed with Epic over which songs to include in the final release. As a result, two versions of the album were issued: Animal!, a vinyl and digital release of the band's preferred version, and Not Animal, a traditional CD release featuring those songs favored by the label.nn After touring in support of the Animal! albums, Edwards relocated to Chicago and began pruning the band's lineup, eventually dissolving it altogether and rebuilding it from the ground up. Margot u0026 the Nuclear So and So's thus became a six-piece band featuring Brian Deck on drums, Ronnie Kwasman and Erik Kang on guitars, Cameron McGill on keyboards, and Tyler Watkins on bass. Watkins and Kang had both played in an earlier version of Margot u0026 the Nuclear So and So's, while the other three were Chicago-based musicians who joined the lineup in 2009. After building a makeshift recording studio in an abandoned movie theater, the six explored a lean, rock-influenced sound on Buzzard, which became the band's third album upon its release in September 2010. In 2012, the band returned with Rot Gut, Domestic, a stylistically adventurous album exploring more guitar-driven '90s-styled rock and flirting with country u0026 western influences. Fifth album Sling Shot to Heaven arrived in 2014, recorded entirely to analog tape in the band's home studio and released on its own label. An alternate live version of the album, Tell Me More About Evil, followed later in the year and was also issued as a concert film.nn Entering its second decade of existence, the group released an expansive collection of over 50 previously unreleased songs, demos, and alternate takes titled Bride on the Boxcar: A Decade of Margot Rarities 2004-2014. The five-LP box set offered an album's worth of tracks from each of the band's original full-lengths to date and arrived via Joyful Noise in late 2015. The label also released Edwards' first album under his own name, Lemon Cotton Candy Sunset, in 2017. Though Edwards had ceased to record as Margot, Vulgar in the Chapel: Animal, a collection of demos from Animal! and Not Animal, appeared via SRC Vinyl in 2018. ~ Andrew Leahey u0026 Marcy Donelson

Discografía de Margot & The Nuclear So and So's 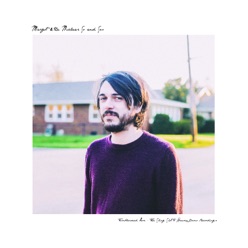 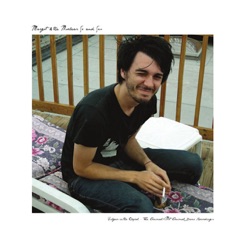 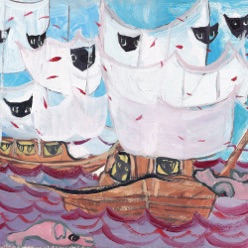 The Bride on the Boxcar - A Decade of Margot Rarities, 2004-2014: Hybristophilia (The Dust of Retreat Rarities)
2015
Ver todos los discos

Margot & The Nuclear So and So's en Diciembre