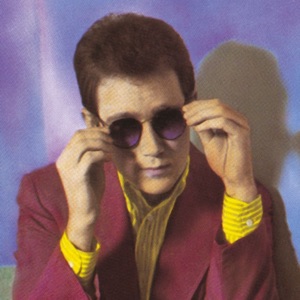 CIUDAD NATAL
Detroit, MI
NACIMIENTO
11 de noviembre de 1953
Acerca de Marshall Crenshaw
The pop-minded singer/songwriter Marshall Crenshaw built up an impressive body of work over the course of his career, showing a fine craft for everything he approached while stubbornly following his own creative muse to reach that end. To call Crenshaw's career "interesting" would be putting things mildly. He starred in several movies and portrayed John Lennon in the road-show version of Beatlemania. His songs were featured on several film soundtracks and covered by such diverse artists as Robert Gordon, Bette Midler, Kelly Willis, Marti Jones, and the Gin Blossoms. He assembled a bunch of like-minded show business acquaintances and issued a book about rock u0026 roll movies entitled Hollywood Rock u0026 Roll. He assembled compilations for record companies (most notably Hillbilly Music...Thank God! for the short-lived Bug Music label) and contributed chapters to books on vintage guitar collecting. In short, Crenshaw is a true rock u0026 roll renaissance man, and his own music remains as commendable as his alternate projects.nn Born in Detroit and raised in the surrounding area, Marshall played in a number of different bands in high school, eventually landing in his first professional combo, ASTIGAFA (an acronym for "A Splendid Time Is Guaranteed for All," cribbed from the back of Sgt. Pepper's). Although nothing releasable came from this venture, the experience cemented the basic ingredients of Crenshaw's style that would surface full bloom at the dawn of his solo career. According to Crenshaw, "That band really didn't have a high profile in Detroit, but I was using that time, working alone, woodshedding, gathering information. Around '73, I just stopped listening to the radio and just became immersed listening to old 45s from the '50s and early '60s. It seemed to me that there was more immediacy in those records than the stuff that was on the radio at that time." But just as his ears learned to love echoey mono '50s records, his songwriting influences went in an opposite direction: "One batch of stuff that I really feel that I was strongly influenced by was a lot of the Ru0026B-pop kind of stuff that was around in the early '70s. I just love that romantic kind of Ru0026B kind of sound, all those chord changes in those tunes."nnUnfortunately, Detroit was not a musical hotbed during the late '70s, so Crenshaw responded to an advertisement in Rolling Stone and auditioned for the Broadway musical Beatlemania instead. Hired as a John Lennon understudy, Crenshaw moved to New York City and quickly found himself in a heady, competitive situation. After completing his six-month "Beatle boot camp" training, he appeared in the show for six months in Hollywood and San Francisco, then finished up his remaining six months with the production on the road. Though he found the show creatively stifling, it made him sit down and figure out what kind of music he wanted to create. After buying a four-track recorder, Crenshaw began making demos whenever he was home.nnMarshall was soon armed with demos galore and began dropping them off to any show business connection who might listen. Additionally, his younger brother was playing drums in Crenshaw's trio, which was starting to plug into New York City's burgeoning new wave club scene. An early fan of the trio's music was local scenester Alan Betrock, who had recently launched his own label, Shake Records. It was Crenshaw's debut single, "Something's Gonna Happen," on Betrock's label that kicked up enough noise to bring major-label interest knocking at his door. Signing with Warner Bros. in 1982, Marshall recorded five well-crafted studio albums before parting ways seven years later to sign with MCA for one album, Life's Too Short. During this flurry of activity, Crenshaw also flexed his acting muscles, portraying a high-school bandleader in Peggy Sue Got Married and Buddy Holly in La Bamba, and making a guest appearance on the Nickelodeon series Pete and Pete.nn Emerging from a three-year hiatus, Marshall then signed with the independent label Razor u0026 Tie and released a live album, Live: My Truck Is My Home, in 1994. He also penned the Top Ten single "Til I Hear It from You" for the Gin Blossoms, providing the band with its highest-charting single to date. A new studio effort, Miracle of Science, followed in 1996. The 9 Volt Years, a collection of demos and home recordings, appeared in 1998, and a year later Crenshaw returned with a new studio effort, #447. Although Crenshaw's audience had waned considerably since his '80s heyday, his albums still received critical accolades for their power pop prowess, and he was enlisted to write the humorous title track for the film Walk Hard: The Dewey Cox Story in 2005. Following the movie's release two years later, Crenshaw returned to his own work with 2009's Jagged Land.nn Growing tired of the album format, in 2012 Crenshaw began releasing a series of 10" vinyl EPs, each of which featured one new song, a cover of one of his personal favorites, and a new version of a tune from his back catalog. Between 2012 and 2015, Crenshaw released six such EPs, and the material from these discs (minus the re-recordings of his catalog songs) were compiled into the album #392: The EP Collection, released by Red River Entertainment. Crenshaw also ramped up his touring schedule, often touring in tandem with other acts who would also serve as his backing band. In 2014 and 2015, Crenshaw toured in this fashion with alt-country heroes the Bottle Rockets, and in 2017 he hit the road with celebrated instrumental group Los Straitjackets. Crenshaw wrote and performed music for the 2016 HBO series Vinyl, produced by Martin Scorsese and Mick Jagger. An archival release, Live in New York, was issued in 2017, drawn from a 1992 fundraising radio broadcast that found Crenshaw backed by members of Bruce Springsteen's E Street Band, with guest appearances by Joey Ramone, Jules Shear, and Don Dixon. ~ Cub Koda 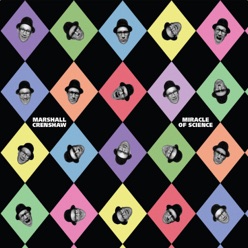 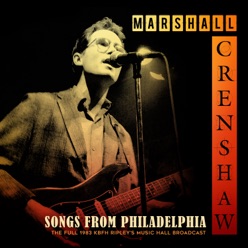 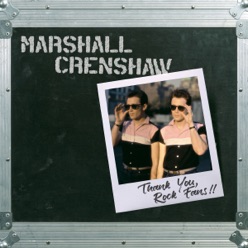