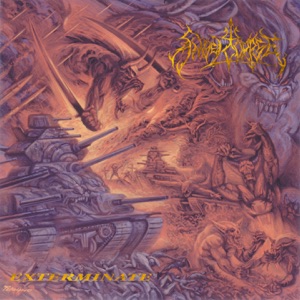 Acerca de Angel Corpse
Angel Corpse is a black/death metal band formed in 1995 by bassist/vocalist Pete Helmkamp (following the dissolution of his previous band, Order From Chaos) and guitarist Gene Palubicki. With drummer John Longstreth, the group recorded a demo, Goats to Azazael, that helped get them signed to the French extreme metal label Osmose. Angel Corpse issued their debut LP, Hammer of Gods, in 1996, after which they recruited rhythm guitarist Bill Taylor; the follow-up, Exterminate, was released in early 1998 and drummer Tony Laureano joined shortly thereafter, although Taylor soon departed. Late that year, the band moved to Tampa, FL (where they'd been recording); their third album, The Inexorable, was released in the fall of 1999. Taylor rejoined in 2000, but Helmkamp left the band to settle down, and the rest of Angel Corpse elected to disband. Released posthumously in 2001, Iron Blood u0026 Blasphemy gathered a number of singles, EP tracks, covers, live recordings, and the Goats to Azazael demo. ~ Steve Huey 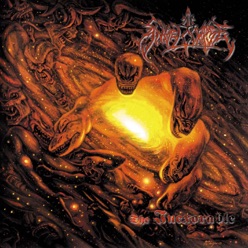 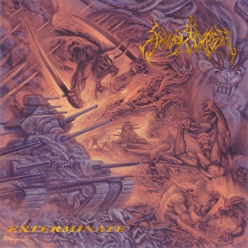 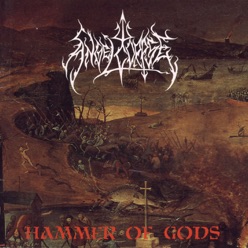