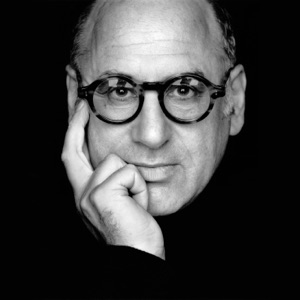 CIUDAD NATAL
London, England
NACIMIENTO
23 de marzo de 1944
Acerca de Michael Nyman
Celebrated for his modular, repetitive style, minimalist composer Michael Nyman was among experimental music's most high-profile proponents, best known in connection with his film scores for director Peter Greenaway. Born in London on March 23, 1944, he studied at the Royal Academy of Music and King's College, London, under communist composer Alan Bush and Thurston Dart, a musicologist specializing in the English Baroque. Under Dart's tutelage, Nyman was introduced to 16th- and 17th-century English rounds and canons, their repetitive, contrapuntal lines highly influencing his own later work; Dart also encouraged him to travel to Romania in the interest of seeking out the country's native folk music traditions. Upon graduating during the mid-'60s, Nyman found himself disconnected from both the pop music of the times and the school of modern composition heralded by Stockhausen; as a result, from 1964 to 1976, he worked not as a composer but as a music critic, writing for publications including The Listener, New Statesman, and The Spectator. In a review of British composer Cornelius Cardew, he first introduced the word "minimalism" as a means of musical description.nnDuring this same period, Nyman did continue performing, appearing with artists ranging from the Scratch Orchestra and Portsmouth Sinfonia to Steve Reich and the Flying Lizards. In 1974, he wrote the influential book Experimental Music -- Cage and Beyond, an exploration of the influence of John Cage on a generation of composers and performers. Perhaps its most profound impact was on Nyman himself, who through writing the book seemed to discover his own muse; in 1976 he accepted an invitation from Harrison Birtwistle, Director of Music at the National Theatre, to arrange a number of 18th-century Venetian popular songs for a production of Goldoni's Il Campiello. Nyman's arrangements consisted of medieval instruments -- rebecs, sackbuts and shawms, bass drums, soprano saxophones, and the like -- designed for maximum loudness to produce a distinctive instrumental color; when the production ended, he began composing original music merely to keep the same group of musicians together. Originally an acoustic unit, when rechristened the Michael Nyman Band in the early '80s, amplification became essential to their aesthetic.nnNyman's first major success came in 1982 with the score to the Greenaway film The Draughtsman's Contract; his subsequent collaborations with Greenaway on pictures including 1988's Drowning By Numbers, 1989's The Cook, the Thief, His Wife and Her Lover, and 1991's Prospero's Books remain among his most high-profile works, their notoriety coming at the risk of overshadowing his forays into opera, chamber music, vocal music, and dance scores. The signatures of Nyman's work include not only his use of propulsive repetition, but also a palette of idiosyncratic instrumental touches -- thumping keyboards, "rude" bass clarinets, and baritone saxophones, and extreme high and low octave doublings. Mozart was a central influence in much of his work, including 1976's In Re Don Giovanni and 1983's I'll Stake My Cremona to a Jew's Trump; Schumann, meanwhile, was the major inspiration behind the acclaimed 1986 chamber opera The Man Who Mistook His Wife for a Hat, while Bartok shades 1988's String Quartet No. 2, commissioned for the Indian dancer and choreographer Shobana Jeyasingh.nnIn 1990, Nyman composed Six Celan Songs, a work based on the poems of Paul Celan, for the German cabaret singer Ute Lemper, with whom he first worked on the score for Prospero's Books. His most emotional compositions to date, they served as the clear impetus for his score to Jane Campion's 1992 film The Piano, easily Nyman's best-known work; like so many of his compositions, he obsessively reworked the music to The Piano time and time again, the haunting melodies reappearing arranged for standard piano concerto, for two pianos, for chamber ensemble, for soprano saxophone and strings (Lost and Found), and for soprano and string quartet (The Piano Sings). While 1992's The Upside-Down Violin reflected Nyman's continuing fascination with traditional ethnic musics, 1993's MGV, or Musique a Grande Vitesse, returned to the propulsive sounds of the Michael Nyman Band. Other major works include 1992's Time Will Pronounce, 1993's Yamamoto Perpetuo (a composition for unaccompanied violin written for Alexander Balanescu), 1994's solo harpsichord work Tango for Tim, and 1995's String Quartet No. 4. Among Nyman's film scores: 1995's Carrington and 1997's Gattaca. ~ Jason Ankeny 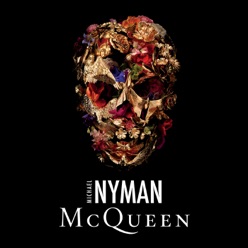 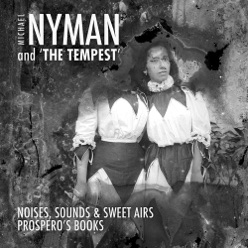 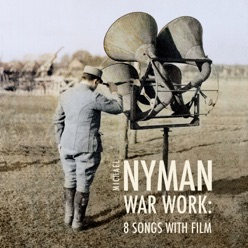