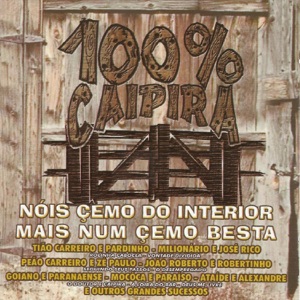 Acerca de Milionário e José Rico
One of the most important and influential duos of sertanejo (Brazilian country) music, Milionário e José Rico came from a life of poverty to reach massive popularity (more than eight platinum albums). They relied on their excellent timbristic blending and in the unprejudiced style mix that, opening the way for contemporary pop-sertanejo duos, fused bolero, guarânia, chamamé, and Brazilian folk music with instrumentation and arrangements taken from Mexico, Paraguay, and Brazil. Milionário e José Rico met in the late '60s in São Paulo. The duo recorded three LPs for Califórnia that were completely ignored. Sending a tape to Brás Baccarin, director of Chantecler, they were hired and recorded their first album of the new phase in 1973. The winds hadn't changed; it didn't happen until two years later with "Estrada Da Vida," a mega-success that sold two million copies, more than any other sertanejo before. Five years later, it became the title of the film depicting their history done by respected director Nelson Pereira dos Santos. The sertanejo duo was also the first to perform in China in 1986, after receiving an invitation from its very first minister, Zhao Ziyang, during an official visit in 1985 to Brazil. ~ Alvaro Neder