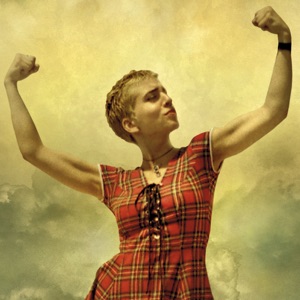 CIUDAD NATAL
Buffalo, NY
NACIMIENTO
23 de septiembre de 1970
Acerca de Ani DiFranco
A folkie in punk's clothing, Ani DiFranco battled successfully against the Goliath of corporate rock to emerge as one of the most influential and inspirational cult heroines of the 1990s. A resolute follower of the D.I.Y. ethos, DiFranco released her records through her own indie label, Righteous Babe, slowly but steadily building a devout grassroots following on the strength of a relentless tour schedule. An ardent feminist and an open bisexual, her songs tackled issues like rape, abortion, and sexism with insight and compassion, the music's empowering attitude and anger tempered by the poignant candor of singer/songwriter confessionalism.nnDiFranco was born in Buffalo, New York, on September 23, 1970. She began her career at the age of nine, when her guitar teacher helped her land her first gig -- performing a set of Beatles covers -- at an area coffeehouse. Befriended by the likes of Suzanne Vega and Michelle Shocked, she later gave up music to study ballet, but at the age of 14 returned to the guitar and began composing her first songs. A year later, alienated from her crumbling family structure, she left home, living with friends while making the rounds of the Buffalo folk club circuit.nnDiFranco had written over 100 original songs by the age of 19, and after briefly studying art, she relocated to New York City to further her musical aspirations; besieged by requests from fans for tapes of her performances, she recorded a demo and pressed 500 copies of a self-titled cassette to sell at shows. The tape -- a Spartan acoustic folk collection of intensely personal essays on failed relationships and gender inequities -- quickly sold out, and in 1990 DiFranco founded Righteous Babe to better distribute her recordings, which were slowly spreading across the country on the strength of a substantial word-of-mouth following.nn In 1991, after issuing the assured Not So Soft, DiFranco hit the road alone, touring the nation in her Volkswagen and playing gigs wherever she could find them. Her cult blossomed, and her distinct image -- shaved head, tattoos, and body piercings -- soon became the de rigueur look for her fans as well. As albums like 1992's Imperfectly and 1993's Puddle Dive expanded her musical ambitions as well as her following, DiFranco became the subject of considerable major-label interest, yet she steadfastly rejected all offers as Righteous Babe grew to become a highly viable business venture.nn DiFranco continued playing over 200 dates a year, and soon even the mainstream media took notice of her cottage-industry music; after 1994's masterful Out of Range, she exploded with the following year's Not a Pretty Girl, which garnered notice from outlets ranging from CNN to The New York Times. A sprawling, eclectic work detailing a heated love affair with a man (much to the chagrin of her lesbian followers), 1996's Dilate even debuted in the Top 100 of the Billboard charts, a stunning achievement for an independent release. The live set Living in Clip followed in 1997.nn Early in 1998, DiFranco released the studio effort Little Plastic Castle; her most musically diverse release yet, it also was her highest-charting album to date, and set the stage for the release of Up Up Up Up Up Up the following year. Another new LP, To the Teeth, appeared in 1999 as well, and in mid-2000 came the release of the odds-and-ends compilation Swing Set. Revelling: Reckoning appeared in spring 2001. In 2002, DiFranco trudged on; a road warrior at heart, she issued the double-disc So Much Shouting, So Much Laughter in September, her first live album since 1997's Living in Clip. The So Much Shouting set captured handpicked favorites by DiFranco and three previously unreleased songs.nn The following year's Evolve added funk, jazz, and Latin elements to the mix, while 2004's Educated Guess was performed completely by DiFranco. Knuckle Down, co-produced by Joe Henry, arrived in 2005. The eighth disc in her official bootleg series, Carnegie Hall (recorded live on April 2, 2002), was released in the spring of 2006, and then -- shortly after the singer announced she was pregnant -- her studio album Reprieve arrived in August of that year. DiFranco gave birth to her daughter in January 2007 and released another official bootleg, Hamburg, Germany, in 2008. Red Letter Year appeared later in 2008, featuring songs inspired by the impending presidential race, DiFranco's baby daughter, and her partner/producer, Mike Napolitano.nn Arriving in 2012, Which Side Are You On?, the 16th studio album from the alternative folk legend, featured 12 new songs, including the rousing title cut, which was a reworking of a song made popular by Pete Seeger, who lent his distinctive voice and banjo to DiFranco's rendition. In 2014 she returned to her home studio in the New Orleans' Bywater neighborhood to record, produce, and mix sessions for her follow-up, Allergic to Water. Featuring backing from her touring band and guests Jenny Scheinman and Ivan Neville, the set was issued in November. It was followed in 2017 by Binary, which again featured contributions from Scheinman and Neville as well as trumpet legend Maceo Parker and Bon Iver's Justin Vernon. ~ Jason Ankeny 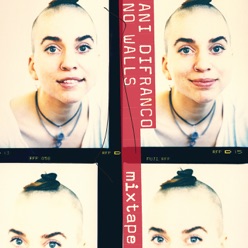 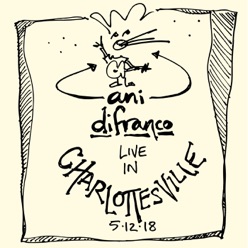 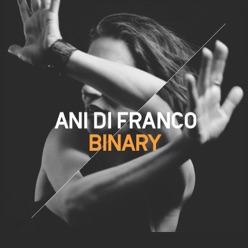