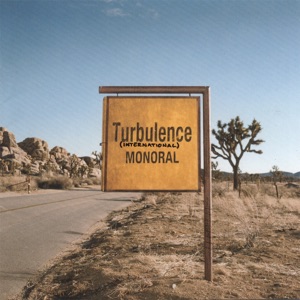 Acerca de Monoral
While nominally belonging to the J-rock movement, Monoral don't really have anything to do with the style, playing an alt-rock/grunge mixture with eyes set on Muse and Pearl Jam instead of upgrading '80s music like so many of their compatriots. But this is only fitting, because the duo is comprised of two half-Japanese musicians fluent in English (a fact heavily employed in their own music): Ali Morizumi, who handles guitars and bass, is half American, although he grew up in Tokyo; and Anis Shimada, the singer and second guitarist, had one Moroccan parent, was born in London, grew up in France, and mastered Japanese, English, French, and Arabic. He, too, returned to Japan at some point, and by 2000 both of them had already scored in showbiz, Shimada working as a fashion model and a session musician, and Morizumi appearing on the radio and VJing on national MTV, which was where the two met, deciding they wanted more and forming their own band.nnMonoral's first record, the EP In Stereo, was released in 2001, but for some years Shimada and Morizumi didn't view Monoral as their main jobs: they continued working on TV and were content with the occasional live performance, usually sharing the stage with other bands. Their collaborative instincts pushed them as far as the establishment of their own regular Halloween live rock show, and they also participated in a number of parallel musical projects, including (but not limited to) Bloom Underground, the side band of drummer Eric Zay, and solo efforts of Hyde, the frontman of L'Arc-en-Ciel, whose lyrics for the 666 album Shimada translated into English.nnStill, by 2004 the potential of Monoral showed quite distinctly, as the band's second EP, Ammonite, completed with the help of Eric Zay and singer/songwriter Rie Eto, almost topped the Japanese indie charts, stopping at number three and lasting seven months in the Top 50. There was no wasting that success, and the next year Monoral released their debut full-length album, Petrol, and quit the indie world immediately thereafter, signing to Haunted Recs, the label of their old pal Hyde. Only then did they arrive at most artists' typical starting point, releasing their first single, Visions in My Head, half a year after the LP. But what actually caught the attention of the public was the song "Kiri," which they provided for the cyberpunk philosophical anime series Ergo Proxy in 2006 (the other song used in the credits was "Paranoid Android" by Radiohead). The track was sold digitally by the band itself, but Monoral's label released their second single, Tuesday, and second album, Turbulence, during 2007, a year in which the band also played at the Fuji Rock Festival, Japan's largest music event. ~ Alexey Eremenko 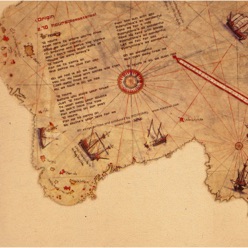 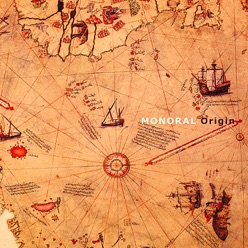 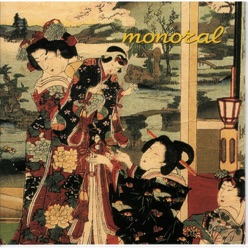