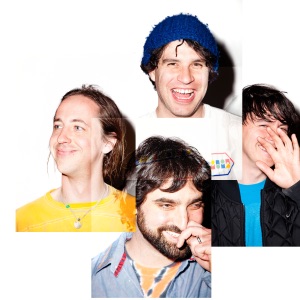 ORIGEN
Baltimore, MD
FORMACIÓN
1999
Acerca de Animal Collective
Animal Collective were formed in Baltimore County, Maryland, by longtime friends and musical collaborators Avey Tare (David Portner), Panda Bear (Noah Lennox), Deakin (Josh Dibb), and Geologist (Brian Weitz). With a penchant for genre-hopping and studio experimentation, the group began drawing comparisons to everyone from the Residents and the Flaming Lips to the Incredible String Band and the Holy Modal Rounders. Solo and side projects proved to be a continual occupation for most of the group's members, particularly Panda Bear (Young Prayer, Person Pitch) and Avey Tare (Pullhair Rubeye, Avey Tare's Slasher Flicks), but Animal Collective proved to be the most successful of all the musicians' ventures.nnThe Collective released their debut album, Spirit They're Gone, Spirit They've Vanished (originally titled Avey Tare and Panda Bear) in 2000 on the band's own Animal imprint. It was the first in a pair of captivating releases; the other was 2001's Danse Manatee (originally titled Avey Tare, Panda Bear and Geologist), which explored the fringes and intersecting boundaries of freak folk, noise rock, ambient drone, and twisting, melodic psychedelia. The live album Hollinndagain, which documented the band's debut tour alongside Black Dice, arrived in 2002, followed by 2003's Campfire Songs and Here Comes the Indian, the first albums to commit to the name Animal Collective and the first to feature all four members. The latter record was released on the group's newly minted Paw Tracks label.nn As the Collective's popularity grew, so did their reach, resulting in a distribution deal with the English independent label Fat Cat, which issued their first two albums as a package deal and paved the way for subsequent releases. The band returned in May 2004 with the triumphant Sung Tongs, a mysterious, fragilely melodic album that garnered positive press both at home and overseas, resulting in a series of successful international tours. The Prospect Hummer EP, which featured a collaboration with underground British folk legend Vashti Bunyan, arrived in early 2005, followed by the commercially and critically acclaimed full-length Feels later in the year. The band released the People EP in 2006, followed by the much heralded full-length Strawberry Jam in 2007, the band's first for Domino Records.nn Merriweather Post Pavilion, the group's eighth and most accessible record to date, was released in 2009. It cracked the Top 20 in America and peaked at number 26 in the U.K., making Animal Collective the toast of the international blogosphere while also establishing their strength as a commercial force. Touring kept them busy for much of the year, but they did find some time to return to the studio and finish a short EP, Fall Be Kind, which appeared in November. In 2010, the group expanded its experimental sound into the visual realm with ODDSAC, a "visual album" that featured new material as the psychedelic soundtrack to a film starring the members of Animal Collective and directed by Danny Perez. Their next proper full-length, Centipede Hz, followed in 2012 along with an EP of remixes from the album entitled Monkey Been to Burntown in 2013.nn Side projects, DJ sets, and family occupied the bandmembers until they reconvened in the spring of 2015 to work on new material. Eschewing reverb, ambience, and long developments, and calling it "our Ramones record" in a Rolling Stone interview, 2016's Painting With featured appearances by John Cale and saxophonist Colin Stetson. Two EPs were released by the group in 2017: the first, The Painters, was a companion to Painting With and continued that record's hyper-maximalist approach; the second, Meeting of the Waters, only featured Avey Tare and Geologist and saw them revisit their comparatively more organic roots. They returned as a trio in 2018 for the release of an audio-visual album, albeit in collaboration with the art/science duo Coral Morphology; Tangerine Reef commemorated the 2018 International Year of the Reef and was released simultaneously with a film of the same name. ~ James Christopher Monger 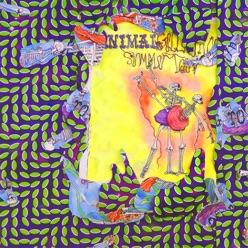 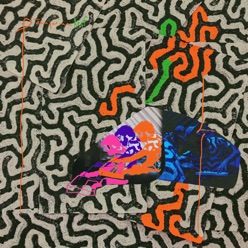 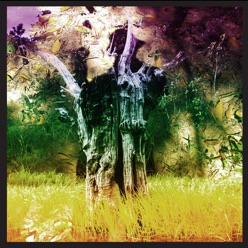