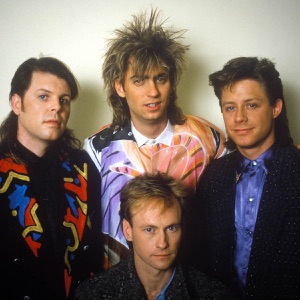 ORIGEN
Phoenix, AZ
FORMACIÓN
1982
Acerca de Mr. Mister
A product of the L.A. session-musician community (which also produced the harder-rocking Toto), Mr. Mister enjoyed a brief but massive burst of popularity during the mid-'80s, crafting an atmospheric, vaguely progressive variation on slick, radio-ready pop/rock. While they disappeared almost as quickly as they arrived on the scene, their two number one hits, "Broken Wings" and "Kyrie," remain enduring classics of '80s mainstream pop.nn Mr. Mister was formed in 1982 by bassist/lead vocalist Richard Page and keyboardist/vocalist Steve George, boyhood friends from Phoenix, AZ, and accomplished session men. The two had previously played together in a jazz fusion outfit called Pages, which recorded three major-label albums from 1979-1981 (the final one being more pop/rock-oriented). Plagued by a lack of sales, an abundance of personnel shifts, and an uncertainty over direction, the group disbanded by the end of 1981, and Page and George returned to their session careers (they'd previously done vocals on Village People records, among others). The two wrote songs and offered backup for artists including REO Speedwagon, John Parr, Chaka Khan, the Pointer Sisters, Donna Summer, Al Jarreau, and Kenny Loggins, and conceived the idea for their own band while on tour with Andy Gibb. The first to join was guitarist Steve Farris, who had been working with Eddie Money; next was drummer Pat Mastelotto, who had done numerous sessions for producer Mike Chapman. Page's cousin, lyricist John Lang, was invited to collaborate on material as he had done for Pages, and the group quickly landed a deal with RCA on the strength of several showcase concerts.nnMr. Mister's debut album, I Wear the Face, was released in 1984, producing one chart single, "Hunters of the Night," which failed to reach the Top 40. It didn't sell very well, which made the band's breakthrough with their sophomore effort all the more surprising. Welcome to the Real World, issued in May 1985, perfected the band's blend of Genesis-style pop, swirling keyboard textures, slightly spiritual lyrics, and polished studio craft. Page had turned down offers to join Toto and Chicago, and his faith in Mr. Mister was justified with the release of the album's first single, "Broken Wings." It took a few months to catch on, but helped by the band's prominent tour slots, it climbed all the way to the top of the pop charts before year's end, and was nominated for a Grammy for Best Pop Vocal Group. The follow-up, "Kyrie," duplicated that feat in March 1986, and Welcome to the Real World topped the album charts the same week, on its way to platinum sales. Third single "Is It Love" reached the Top Ten, and the band consolidated their success with appearances at several awards shows and benefit concerts.nnWork on their third album was slowed by Mastelotto's back problems, and once song selection was completed, lyricist Lang moved to New York to attend graduate school. The album, Go On, was released in fall 1987; its lead single, "Something Real (Inside Me/Inside You)," barely scraped the Top 30, despite its appearance on Miami Vice. Second single "Healing Waters" was released only in Europe, yet still managed a Grammy nomination for Best Gospel Performance, Duo or Group. "Stand and Deliver," originally intended for Tina Turner, was used in the Edward James Olmos film of the same name; still, Go On simply couldn't catch hold the way its predecessor had. Disagreements between Page and Farris led to the latter's departure from the group in July 1988. Mr. Mister never settled on a permanent replacement, using Trevor Rabin and Buzzy Feiten in their subsequent recording sessions. Those sessions were dedicated to what was to be the band's fourth album, Pull; however, an RCA roster purge left them homeless, and the record was deemed too proggy and uncommercial to be picked up by any other label (it still has not been officially released). Before the end of 1989, Mr. Mister decided to break up.nnStill, the individual members' musical pedigrees ensured that they wouldn't be wanting for work. Mastelotto played drums on XTC's Oranges and Lemons (among many other albums), and joined King Crimson in 1994; he also plays in the progressive/experimental rock band Mastica. Page co-wrote Madonna's 1994 hit ballad "I'll Remember," which led to his forming the group Third Matinee with Madonna producer Patrick Leonard. They released an album in 1994 but broke up the following year, and Page issued his solo debut, Shelter Me, in 1996; he eventually moved into Disney musicals, among other vocal gigs. Lang formed the post-grunge band Djinn, which released Radio Beirut in 1995. George served as Kenny Loggins' music director from 1991-1997, and subsequently toured with Jewel. Farris toured with Whitesnake in 1997, and recorded with Tori Amos and others. ~ Steve Huey 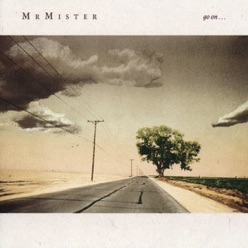 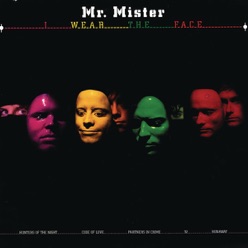 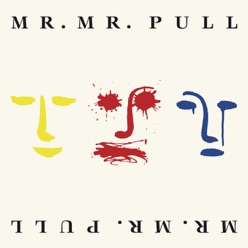