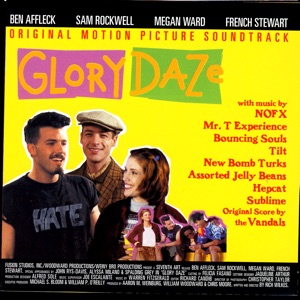 ORIGEN
Berkeley, CA
FORMACIÓN
1984
Acerca de Mr. T Experience
American punk rock outfit the Mr. T Experience emerged from the same Bay Area scene that would spawn Green Day, Operation Ivy, and NOFX. Often referred to as simply MTX, they played the same Ramones/Buzzcocks/Descendents-inspired punk-pop for years without gaining commercial success similar to that of Gilman Street peers Green Day and Rancid, despite their refreshing brand of punk-pop that focused on goofy pop culture references and catchy melodies.rnThroughout their history, singer/songwriter/guitarist Dr. Frank (aka Frank Portman) remained the only original member of the group, which was formed in the mid-'80s by Portman and founding bassist Byron Stamatatos. This lineup was rounded out by drummer Alex Laipeneiks and guitarist Jon Von Zelowitz. Following the release of two albums on local labels, Stamatatos parted ways with MTX, replaced by Aaron Rubin. The new quartet signed to Lookout! Records, where they remained for years. After recording 1992's Milk Milk Lemonade, Zelowitz became the next founding member to leave the group. The remaining trio issued the Gun Crazy EP and Our Bodies Our Selves LP in 1993, but would soon lose more members, as Laipeneiks and Rubin left the band as well. rnIn the late '90s, joined by drummer Jim Pittman and bassist Joel Reader, Portman recorded a string of albums that defined the band's middle period. Starting with the bubblegum-punk of 1996's Love Is Dead and 1997's Revenge Is Sweet, and So Are You, MTX followed with Alcatraz and Road to Ruin, a cover album of the Ramones LP of the same name. Reader left MTX and was replaced by Gabe Meline, who joined the crew in time for the recording of the Miracle of Shame EP, which was issued in 2000. Meline's stint came to an end two years later and his spot was filled by "Bobby J" Jordan. Portman also recruited guitarist Ted Angel, making MTX a quartet once again. This version of the band released the tenth MTX album, Yesterday Rules, in 2004. This would be their final album for quite some time. rnDuring the band's hiatus, Portman published his first novel, King Dork, in spring 2006, followed by Andromeda Klein (2009) and King Dork Approximately (2014). An 11th MTX album, the companion soundtrack to Portman's novels, arrived in 2016. King Dork Approximately: The Album was followed soon after by a pair of rarities collections titled Shards, Vol. 1 and Vol. 2. ~ Neil Z. Yeung u0026 Kembrew McLeod