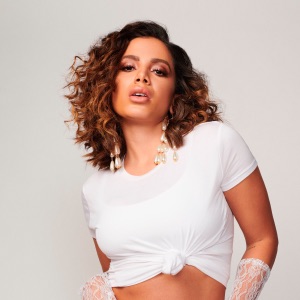 CIUDAD NATAL
Rio De Janeiro, Brazil
NACIMIENTO
30 de marzo de 1993
Acerca de Anitta
Brazilian singer Anitta went from an unknown to singing at the Olympic Games, becoming Brazil's answer to the likes of Rihanna, Beyoncé, or Katy Perry, and one of the country's biggest stars. Born Larissa de Macedo Machado on March 30, 1993 and brought up in the impoverished neighborhood of Honório Gurgel in Rio de Janeiro, she began singing in church as a child and learned to dance before getting into baile funk as a teenager. She took her stage name from the central character in the TV mini-series Presença de Anita (Anita's Presence), based on the 1948 proto-Lolita novel by Mário Donato. When she was 17, one of her YouTube videos was discovered by funk Svengali and super-producer DJ Batutinha, who invited her to audition for him and subsequently signed her to his label, releasing her first single, "Eu Vou Ficar" (I'll Stay). In 2012, she was bought out of her contract by entrepreneur Kamilla Fialho, who became her manager (the two would later go on to become embroiled in a long-running multi-million-dollar legal dispute). On the strength of her single "Meiga e Abusada" (Sweet and Abused), Anitta was signed by Warner Music, which released her eponymous debut album in 2013.nnThe album combined the sinuous rhythms of her funk roots with a modern, American-inspired electro pop/Ru0026B sound, to great success. Her debut single for the label, "Show das Poderosas" (Powerful Girls' Show), became Brazil's most-watched YouTube video ever (130 million views) and that year's number three song on Brazilian radio. The albums Ritmo Perfeito (Perfect Rhythm) and Bang followed in swift succession, the latter going to number three in the album chart and selling over 300,000 copies, and a string of popular singles featuring a succession of well-known guest artists boosted her visibility. With her sweet, silky voice, sexy image, self-created choreography, and high-profile social media presence, she quickly became a national celebrity, but had yet bigger plans. Her first step toward an international career came in 2016, when she was selected to perform at the opening ceremony of the Olympic Games in her home city. In 2017, Anitta recorded in English for the first time when she was featured on rapper Iggy Azalea's "Switch" single. The remainder of the year was marked by a series of singles including the hit "Paradinha," as well as collaborations with Alesso and J Balvin. 2018 began with another J Balvin collaboration in "Machika," a single which also featured Jeon. Throughout that year, she kept up a steady stream of singles including the Silva collaboration "Fico Tudo Bem" and the solo hit "Medicina" as well as a three-song EP called Solo. ~ John D. Buchanan 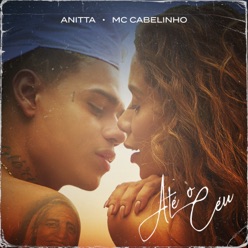 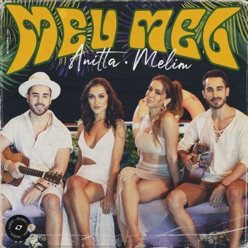 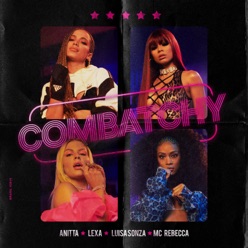