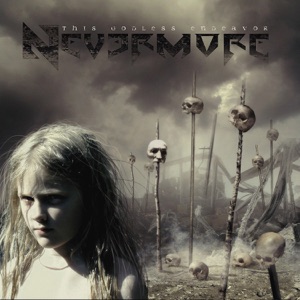 ORIGEN
Seattle, WA
FORMACIÓN
1991
Acerca de Nevermore
Nevermore straddles the line between power metal, traditional heavy metal, and the contemporary hard rock scene, eschewing the silly theatrics of the "power scene" in favor of a darker tone, while reaping the rewards of melody and the high-flying vocal range of singer Warrel Dane. The roots of the Seattle-based band can be traced back to Sanctuary, with whom Nevermore's Dane and bassist Jim Sheppard recorded two albums. Sanctuary was one of a small handful of late-'80s thrash metal bands to sign with a major label; they even enlisted Megadeth leader Dave Mustaine to produce their debut album. Label-imposed limbo caused the band to grind to a halt, with one member also exiting to pursue more "grunge"-oriented music. Three members of the final lineup of Sanctuary reemerged as Nevermore, inking a worldwide deal with Century Media Records and releasing a punishing eponymous debut album in 1995. The following year saw the band issue a well-received EP, In Memory, that boasted cover tunes as well as Sanctuary material, which pleased many fans.nn The Politics of Ecstasy, their second proper album, was a dense, technical masterpiece that displayed the talents of guitarists Pat O'Brian and Jeff Loomis, and drummer Van Williams in particular. But it was with their next opus, the dark and conceptually driven Dreaming Neon Black, that Nevermore really caught the attention of heavy music fans and earned the respect of the heavy metal press. Voted Album of the Year by many publications, 1999's Dreaming Neon Black was a tour de force that highlighted Dane's soaring vocal range. It also included newcomer (and former guitarist for Forbidden) Tim Calvert, who replaced O'Brian when he split to join Cannibal Corpse. After successful tours with Iced Earth and Mercyful Fate, the band knew that they had a tough job ahead of them following up the well-received album. Now a four-piece after the exit of Calvert, Nevermore entered a Texas studio with producer Andy Sneap and crafted a new album that adeptly blended contemporary heavy sounds with traditional heavy metal. Dead Heart in a Dead World was released in 2000, and was supported on the road with a full U.S. tour with Swedish metal band In Flames and labelmates Shadows Fall. ~ Ryan J. Downey 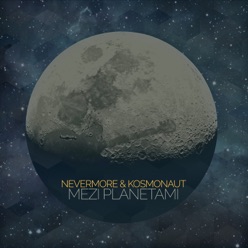 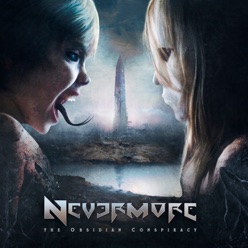