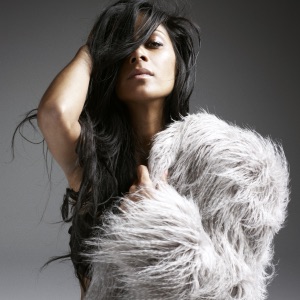 CIUDAD NATAL
Honolulu, HI
NACIMIENTO
29 de junio de 1978
Acerca de Nicole Scherzinger
Pop singer and dancer Nicole Scherzinger was born Nicole Elikolani Prescovia Scherzinger on June 29, 1978, in Honolulu, Hawaii, but was raised mostly in Louisville, Kentucky, moving there at age six with her mom after her parents separated. Scherzinger (who is of Hawaiian, Russian, and Filipino descent) went to a performing arts high school and, following graduation, enrolled at Wright State University in Dayton, Ohio. Majoring in theater arts and minoring in dance, she eventually put college on hold to pursue music, initially serving as a backing vocalist for the late-'90s rock group Days of the New. In 2001, Scherzinger entered as a contestant on the first season of the WB television show Popstars, where she won the role of lead singer in the resulting all-girl pop group Eden's Crush. The group's first single, "Get Over Yourself," did well on radio and broke into the Billboard Hot 100 Top Ten, but when their label folded soon after, Eden's Crush shortly followed suit. Scherzinger pushed forward and contributed a track ("Breakfast in Bed") to the soundtrack for the Adam Sandler/Drew Barrymore flick 50 First Dates under the name Nicole Kea.nn Around the same time, the popular L.A. burlesque act the Pussycat Dolls were being recast into more of a commercial pop/Ru0026B group, and Scherzinger joined on as their lead singer in 2003. In fact, Scherzinger wound up singing basically all of the vocals on the group's 2005 debut, PCD, along with being the only Doll to have a few songwriting credits on the album. As the Pussycat Dolls' record went on to sell millions of copies, Scherzinger collaborated on various songs outside of the group with artists like P. Diddy, Rihanna, Avant, Will Smith, and Belinda. As the Pussycat Dolls continued to support their debut on the road, Scherzinger readied the release of her first solo album, Her Name Is Nicole. Initially scheduled for release in late summer 2007, the album was slated to feature guest spots by Akon, Timbaland, and will.i.am but a series of singles -- "Whatever U Like," "Baby Love," "Supervillain," and "Puakenikeni" -- all failed to chart in the U.S. and the record was eventually scrapped in 2008.nnWith her solo debut pushed back, Scherzinger turned her attention on the second Pussycat Dolls album, Doll Domination, which appeared in September 2008. Containing some remnants of Her Name Is Nicole, Doll Domination had a strong debut throughout the world -- it entered both the U.S. and U.K. charts at four -- and although it faded away in the U.S. and the U.K., it wound up achieving Gold or Platinum status in many other markets. After a reworked version of the Slumdog Millionaire theme "Jai Ho! (You Are My Destiny)" -- credited to A.R. Rahman u0026 the Pussycat Dolls Featuring Nicole Scherzinger -- became an international hit, Scherzinger started to pull away from the group. She fulfilled her 2009 touring obligations and at the end of the year took a role as a judge on the U.S. TV competition The-Sing Off. More TV work followed in 2010, including being a contestant on the tenth season of the U.S. show Dancing with the Stars and a judge on the seventh season of the U.K.'s The X-Factor, and she started to work once again on her first album.nnThat long-awaited debut was called Killer Love and appeared in March 2011 in every territory outside of the United States; it would never be released in America. On the strength of the hit singles "Don't Hold Your Breath" and "Right There," Killer Love went Gold in the U.K. and performed well elsewhere in Europe, Asia, and Australia. A solo tour followed in 2012, the same year she made an appearance in Men in Black 3, marking her most prominent acting role to date. More TV followed, including a judging role on the ninth season of The X-Factor U.K., a role that continued in 2013 for the tenth season. In 2014, Scherzinger left Interscope and signed with RCA Records, beginning work on her second album, an effort that took her away from The X-Factor. This second album was titled Big Fat Lie and saw release in England, Europe, Asia, and Australia in October 2014. ~ Corey Apar 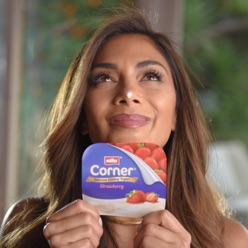 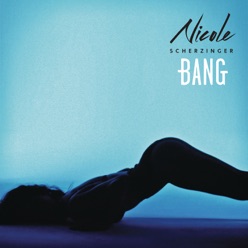 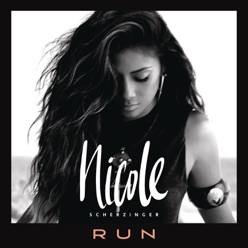