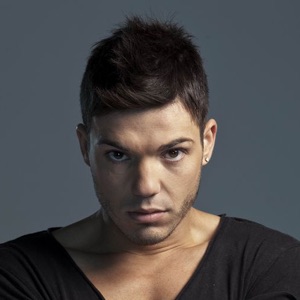 CIUDAD NATAL
Melbourne, Australia
NACIMIENTO
13 de diciembre de 1982
Acerca de Anthony Callea
Australian pop sensation Anthony Callea was born in Melbourne on December 13, 1982. Callea entered numerous talent competitions as a child and, while still young, sought training at the Johnny Young Talent School, a musical theater-style boot camp located in western Australia. In 2004 he auditioned for Australian Idol, the most successful international franchise of American Idol. Though initially voted off the program, Callea made it back into the lineup thanks to high praise from the judges. He ultimately finished in second place with his rendition of Celine Dion u0026 Andrea Bocelli's "The Prayer," wowing the crowd with his rich, warm, powerful yet mellow tenor and handling the Italian parts with aplomb (he was of Italian extraction). Not long after, Callea was offered a contract to record with Sony/BMG. Released as his debut single, "The Prayer" debuted at number one on the ARIA chart, and within seven weeks had become the best-selling single in Australian history.nnReleased in 2005, his self-titled first album also debuted at number one, remaining at the top of the national charts for weeks and eventually going platinum; heavily influenced by David Foster, it was packed full of lush ballads. Callea's more rock-influenced follow-up release, A New Chapter, primarily featured songs of his own composition, and though it debuted at number nine upon its November 2006 release, fell short of sales expectations. Callea would not record another album for seven years, instead focusing on musical theater, appearing on-stage in Dead Man Walking, Rent, Wicked, and Grease. He returned to recording in 2012 with the independently released EP Last to Go, which had more of a dance-pop sound. His third album, Thirty, which paid tribute to his influences, came out in 2013 through ABC Music, and was swiftly followed up by a holiday album, This Is Christmas. In 2014, he released Ladies u0026 Gentlemen, a live tribute album to George Michael, and in 2016 returned to Sony for his fifth album, Backbone.nnIn 2007, after being "outed" by an Australian radio reporter on a morning talk show, Callea came out as gay, marrying his long-term partner, actor/singer Tim Campbell, in 2014. In addition to his work as a singer, he made several appearances on Australian reality TV shows, including It Takes Two, Ultimate School Musical: Fame, and I'm a Celebrity. ~ Evan C. Gutierrez u0026 John D. Buchanan