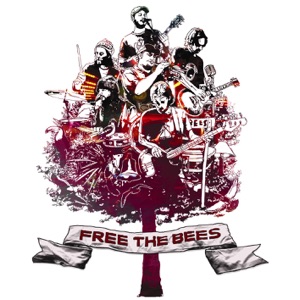 ORIGEN
Isle of Wight, England
Acerca de A Band Of Bees
The Bees (known as "A Band of Bees" in America, owing to a rights conflict over their name) started out as the duo of Paul Butler and Aaron Fletcher, both of whom hailed from the Isle of Wight. They recorded their debut album, Sunshine Hit Me, in a home studio in a shed in Butler's parents' garden. Butler and Fletcher, both multi-instrumentalists and singers, were avid record collectors and, even more so, avid record listeners with interests that extend back to the roots of British rock and into American soul, as well as a multitude of other directions. Sunshine Hit Me, released by We Love You as a U.K.-only issue and credited to the Bees, reflected their interests and listening, melding '60s freakbeat and psychedelic sensibilities with '70s power pop, and got nominated for the coveted Mercury Music Prize in 2002. Their prospects were further enhanced when the duo's rendition of Os Mutantes' "A Minha Menina," from Sunshine Hit Me, was licensed for use in a car commercial in England.nn The Mercury nomination and the album's critical success led to the assembly of an actual band, and a couple of years of steady touring. When the smoke cleared, the Bees were officially a sextet with everyone writing songs and switching off on instruments (and Fletcher doing their lyrics). And instead of recording their second album in the Butler family garden shed, as they'd intended, Butler's stint producing another act at EMI ended up with the group booking three weeks there. It took that long for the six members -- Kris Birkin, Michael Clevitt, Tim Parkin, Warren Hampshire, Butler, and Fletcher (all of them except lead guitarist Birkin multi-instrumentalists) -- to create Free the Bees. Released in the summer of 2004 on the Virgin imprint, the album got rave reviews in England and earned notice in the United States as well, working its way into better stores and eliciting positive reviews from critics who normally would never have known about it. The group's work has been variously compared to that of the Small Faces (and the Faces), the Beatles, the Byrds, Donovan, the Kinks, the Temptations, and early Pink Floyd, with some other interesting permutations. Butler, for example, counts his own influences as Lee Perry, King Tubby, and Fela Kuti. They saw further commercial success when the tracks "Chicken Payback" and "Wash in the Rain," off of Free the Bees, were both picked up for use in television commercials.nnIn 2005, in the wake of their success with Free the Bees, the band was also prominently featured on the soundtrack of the Brian Jones biographical film Stoned. Their contribution, doing some finely executed and nicely inventive covers of songs from the Rolling Stones' repertory -- including a version of "The Last Time" that managed to rock as hard as the original and get the guitar nuances right, even as it was decked out with sitar -- provided some of the very few bright spots to be found in a film that was otherwise greeted as wrong-headed and tedious by most critics; and their tracks made the soundtrack CD well worth picking up. In 2007, reduced to a quintet with Clevitt's departure, they released Octopus, a brilliant, wide-ranging pop/rock opus that had inventiveness and unexpected influences quietly oozing out from between every note and chorus. Its feet were planted in 2007, but its musical influences looked back to the Kinks of Village Green Preservation Society and the Small Faces of "The Universal." As with much of their earlier work, the album seemed to demand attention as much as it elicited delight, like a book the reader can't put down. They followed the album with 2010's similarly eclectic Every Step's a Yes. For all of their seeming '60s influences, the group comes off as startlingly contemporary, just willing to reach back to artists and styles they admire when it suits them and the music at hand. ~ Bruce Eder

Discografía de A Band Of Bees 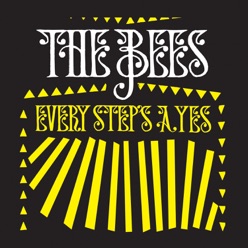 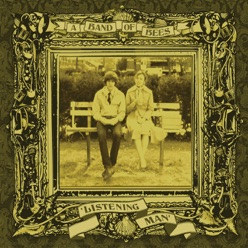 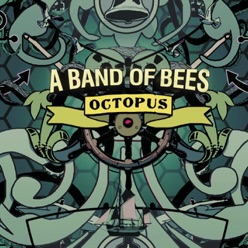 A Band Of Bees en Mayo