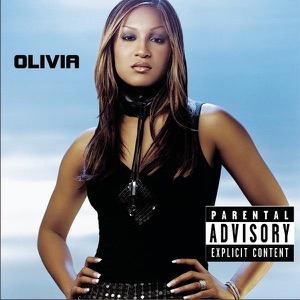 CIUDAD NATAL
New York, NY [Brooklyn]
NACIMIENTO
15 de febrero de 1981
Acerca de Olivia
Olivia is not one of the easiest talents to pin down in Japanese pop, and not only because she is half-Japanese, half-American. She debuted in 1996 in the short-lived all-girl group Du0026D before going solo, and her musical eclecticism, whispery vocals, sometimes dark themes, and gothic look put her out of sync with J-pop's mainstream -- namely the shiny Euro-beat of Ayumi Hamasaki, the sultry Ru0026B of Namie Amuro, and the polished ballads of Hikaru Utada.nnOlivia Lufkin was born in Okinawa on December 9, 1979, to a Japanese mother and American father, and got her first taste of showbiz when she enrolled in the Okinawa Actor's Guild, which also schooled future J-pop star Namie Amuro and members of the pop idol group Max. While at the school, Olivia was discovered by the Rising Productions management company (owned by the record label Avex Trax), and was chosen to become the lead vocalist of the three-piece girl group Du0026D (short for Dream u0026 Dance), which debuted in 1996. The group disbanded in 1998 after a handful of singles and one album, reportedly at the behest of the band's producer, Tetsuya Komuro, who wanted Olivia to pursue a solo career. Komuro's first task was to get Olivia on board to sing the vocals to the theme song to the 1998 FIFA World Cup (held in France), "Together Now," co-written with Jean Michel Jarre.nn Olivia's debut solo single, "I.L.Y. -Yokubo-," released in early 1999, and the accompanying album, the following year's Synchronicity, signified a marked shift away from the upbeat dance-pop of her former group toward a more introspective, alternative rock sound, characterized by Olivia's wistful vocals and chugging, distorted guitars. The album included Olivia's two biggest hit singles to date, which both went Top 30 on the Oricon chart, including the Olivia-penned "Dear Angel." The album, sung mostly in English, also included guest spots from veteran Japanese guitar virtuoso Char and drummer Shinya Yamada from the big-selling visual-kei act Luna Sea.nnAvex Trax switched Olivia to the label's "indie" imprint, Cutting Edge, and in 2003 took the unusual step of releasing four mini-albums, co-produced with Olivia's younger brother and bandmember, Jeffrey. The curiously titled EPs were available on limited release at Tower Records stores in Japan. Internal Bleeding Strawberry was the most successful of the four, hitting number two upon release in the Tower Records weekly chart, while fans attempted to decipher the English-only lyrics and themes of alienation. The macabre tone was carried through on Olivia's second full album, The Lost Lolli (2004), which saw the singer/songwriter channel her love of Nine Inch Nails, Marilyn Manson, and early-'90s British punk-goth also-rans Daisy Chainsaw. The result was an album of ethereal dance-pop and heavier rock songs somewhere between Björk, Tori Amos, and a less angst-ridden Evanescence. Following the album's release, Olivia worked as a fashion model and launched her own clothing line. Despite the modest success of The Lost Lolli in Japan, Avex made the album available overseas.nn There was little that was modest about the success of Olivia's next project: recording under the name Olivia inspi' Reira, Olivia scored her first Top Ten hit in 2006 with the closing theme to Nana, an anime television series based on the hugely popular manga series of the same name, titled "A Little Pain." Olivia repeated the feat in October of the same year with the double-A-sided single Wish/Starless Night, the new opening and closing songs, respectively, in the Nana anime TV franchise. ~ David Hickey