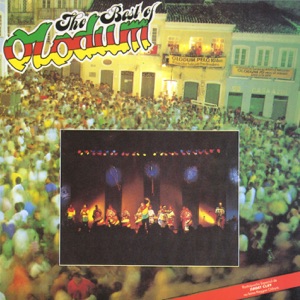 ORIGEN
Salvador, Bahia, Brazil
FORMACIÓN
1979
Acerca de Olodum
Olodum is a cultural activism group created with the objectives of fighting racial discrimination and socioeconomic inequality. They have recorded ten LPs/CDs and have worked with Wayne Shorter, Jimmy Cliff, Herbie Hancock, Michael Jackson, Paul Simon, and Spike Lee. The group draws 4,000 people to parade in the bloco (which has about 200 musicians) at Salvador BA carnival, gives lectures on social and political issues, and publishes a monthly news journal, Bantu Nagô. The group also runs a factory for clothes and musical instruments sold to the public and a school for Salvador's poor children.nn Olodum was created in Salvador, BA, in April 25, 1979. Olodum takes its name from the Yoruba deity Olodumaré ("God of Gods," in Yoruba language). Originally a bloco afro (a Bahian Carnival association devoted to research and the celebratation of black culture), the group drew 800 people to the streets in their first Carnival (1980). In the next year, they already had 2,000 affiliates. In 1983, the group constituted the Grupo Cultural Olodum. Neguinho do Samba joined the group that year as mestre (master) and is the figure responsible for the winning combination of samba and reggae that characterizes the group's musical approach. In 1984, Olodum was acknowledged as a state public utility organization, had 3,000 people parading in their bloco, was featured in the documentary Carnival Bahia. In 1987, their first LP, Egito, Madagascar, made a hit with "Faraó," by Luciano Gomes dos Santos, and sold more than 50,000 copies. Two years later, the group did their first performances in Europe and, in the next year, played again in Europe and in Japan, Argentina, and Chile.nn In 1990, 1992, 1993, and 1994 they were awarded with the Sharp prize for Best Regional Group. In 1988, the group was recorded by Paul Simon on his The Rhythm of the Saints album, and toured with him. The video clip of that song was exhibited in 140 countries, leading to the first U.S. tour in 1991, which reached an apex in a Central Park concert with Paul Simon which gathered 750,000 fans. The Ford Foundation invited Olodum's president to Atlanta, where was given honorary citizenship. Their 1992 LP A Música do Olodum made the hit "Nossa Gente" (Roque Carvalho), which was re-recorded by Caetano Veloso and Gilberto Gil on their CD Tropicália 2. They toured South America and Europe in that year, with their European tour representing the longest ever by a Brazilian band in Europe. The 1993 O Movimento had the hit "Requebra" (Pierre Onassis/Nego), selling over 100,000 copies and receiving a gold record. The 1994 Children of the Sun sold more than 250,000 copies and earned a platinum record. The band performed several times in the U.S., most notably in the 1994 World Cup soccer final games, in which Brazil was victorious for the fourth time. In that year, the enterprise branched into publishing, realizing the first book telling the Olodum saga, written by Marcelo Dantas. In 1995, they recorded Sol e Mar live at the Montreux Jazz Festival. They have performed in 18 countries including Cuba, Senegal, and Angola. ~ Alvaro Neder 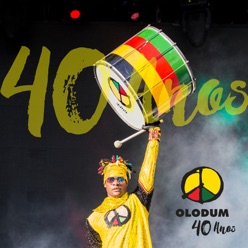 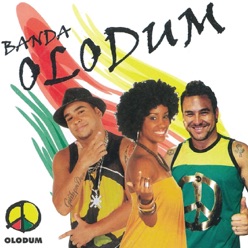 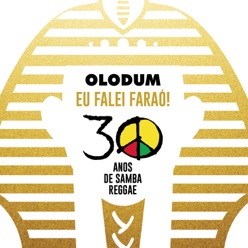