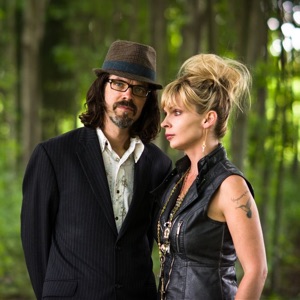 ORIGEN
Cincinnati, OH
FORMACIÓN
1989
Acerca de Over The Rhine
Known for their literate, artful pop, Over the Rhine have built a devoted fan base and earned critical praise since emerging on the Cincinnati rock scene in the late '80s. Their music, which they aptly dubbed "post-nuclear, pseudo-alternative, folk-tinged art-pop," is difficult to pigeonhole. Centered around the married duo of singer/guitarist Karin Bergquist and bassist/pianist Linford Detweiler, they have been compared to 10,000 Maniacs, the Innocence Mission, and U2, but the band's personality seems to owe more to their literary influences (who include Dylan Thomas, C.S. Lewis, and T.S. Eliot). Signed to I.R.S., they issued a handful of acclaimed albums including 1992's Patience and 1994's Eve, garnering cult status in the process. Though the band's lineup has changed over the years, Bergquist and Detweiler have remained constant, celebrating their Midwestern roots on 2001's Ohio, and collaborating with noted producer and singer/songwriter Joe Henry on 2011's Long Surrender and 2013's Meet Me at the Edge of the World.nn Formed by Bergquist and Detweiler in 1989, Over the Rhine also originally featured guitarist Ric Hordinski and drummer Brian Kelley. Bergquist and Detweiler had met while the two were music students at Malone College in Canton, Ohio, and Detweiler, Hordinski, and Kelley had toured together as members of the long-running Christian rock outfit Servant. Basing themselves in Cincinnati, they named the band after their adopted neighborhood, a largely working-class, historically German area of the city. Playing live, they developed a large and intensely loyal following even before they independently released their first two albums, 1991's Till We Have Faces and 1992's Patience. They drew attention to their independent albums with their attractively arty CD packaging, and when I.R.S. signed them in 1992, Patience became the first album in the label's history to be re-released with its original indie cover art.nn But 1994's Eve would end up the only album the band would record on an I.R.S. budget (with the exception of a slightly touched up re-release of Till We Have Faces in 1995). When the label was bought out in 1996, Over the Rhine escaped from their five-record contract, fearing a loss of artistic autonomy. By the end of the year, the band had released two imaginatively sparse acoustic CDs on their own: Good Dog Bad Dog and The Darkest Night of the Year, a melancholy Christmas album.nn The late '90s also saw significant personal changes for the band. Over the Rhine's chief songwriters Detweiler and Bergquist were married in 1996 and eventually relocated to a historic farmhouse in rural Clinton County, Ohio. Also that year, guitarist Ric Hordinski left to devote more time to his own band, Monk, and drummer Brian Kelley followed soon after. The group issued Besides, a fan club-only compilation of rarities, in early 1997; the official album, Amateur Shortwave Radio, appeared in 1999.nn The band's sixth studio effort, Films for Radio, appeared in early 2001. Two years later, Detweiler and Bergquist returned with Ohio. This double-disc set, which marked Over the Rhine's tenth album overall, reflected the band's Midwestern connections. Following a tumultuous year of heavy touring, they returned to the studio (Bergquist and Detweiler's living room, to be precise) and recorded their next album, Drunkard's Prayer, which came out in 2005. They released a career retrospective, Discount Fireworks, in February 2007, followed by the all-new Trumpet Child later that summer.nn Bergquist and Detweiler released the intimate, and largely fan-funded Long Surrender in 2011, marking the group's 20-year anniversary. Produced by Joe Henry, it also included a duet with singer/songwriter Lucinda Williams. Henry was on board for 2013's Meet Me at the Edge of the World as well; the double album was recorded in two long sessions and featured a guest appearance by singer Aimee Mann. In 2019, the duo returned with Love u0026 Revelation, a title inspired by the way Henry would often close out his e-mails to the band. However, with Henry on a writing sabbatical in Ireland, the album was produced in Culver City with longtime engineer Ryan Freeland. ~ Darryl Cater

Discografía de Over The Rhine 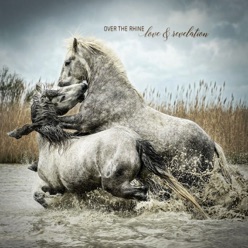 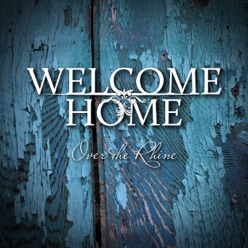 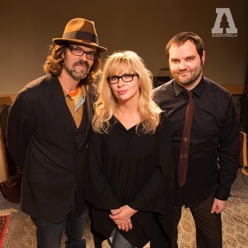 Over The Rhine en Junio