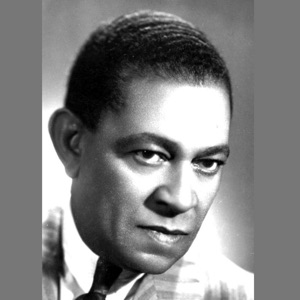 CIUDAD NATAL
Segua la Grande, Cuba
NACIMIENTO
11 de febrero de 1903
Acerca de Antonio Machín
An operatic tenor who broke the color barrier in one of Cuba's most prestigious orchestras, and a musical ambassador to the United States and Europe, Antonio Machín was a pivotal figure in the history of Cuban music who is not always remembered as such. While perhaps the greatest sonero of the pre-war era, his recorded output from this period is frustratingly uneven. Several discs document Machín's career between 1929 and 1938, a prolific period when the superb quality of his best performances was not often equaled. Machin was also by nature an itinerant soul, which may account for his relative obscurity today. He left Havana for New York in 1930, New York for London and Paris in 1935, and finally Paris for Madrid just before World War II, where he lived until his death in 1977.nnThe salient feature of Machín's early life was that his ambition to sing opera was frustrated by that fact that he was born a poor mulatto in Cuba at the turn of the century. There is an operatic sensibility in his best performances -- El Manisero, Lamento Esclavo, Blanca Rosa -- that makes one wonder how he would have handled Verdi. In any case, in 1926 Machín made his way to Havana from Sagua La Grande, his birthplace on the northern part of the island, determined to become a singer. He soon became a featured vocalist at the Casino Nacional of Havana, the first singer of color ever to do so. In 1930, he toured with the Casino Nacional orchestra to the United States, where on April 26 the band opened at the Palace Theater in New York. There Machín sang El Manisero ("The Peanut Vendor"), which was the first Cuban song to become a national hit in the United States. Equally significant was the fact that the American public was for the first time hearing authentic Cuban music. Machín and the Casino Nacional orchestra were setting the stage for the U.S. rhumba craze of the '30s.nn After the success of El Manisero, Machín released a spate of recordings in New York between 1930 and 1935. During this period he waxed some 200 sides, recording even more than American pop star Bing Crosby. Machín did much of his work in a small-group format, favoring quartets comprised of claves, tres, guitar, and trumpet. While the personnel for these quartets varied, Machín was most often accompanied by guitarist Daniel Sanchez, who sings duets with him on the vast majority of these recordings. Sanchez has a pleasant baritone that contrasts with Machín's tenor, but there's no indication on any recording that he's Machín's equal as a vocalist. Best-known of all the quartet personnel is Mario Bauza, who would later become the Machito orchestra's musical director. Bauza plays trumpet on some of the quartet sessions.nn Often, though, Machín's voice sounds rather choked and high, and his accompaniment uninspired. What accounts for the variable quality of his '30s recordings? Some blame must be assigned to weak songwriting. It's no coincidence that two of his greatest songs, El Manisero and Lamento Esclavo, were written by Moises Simons, whose pretty melodies allowed Machín space to stretch his vocal cords. But when with his quartet, Machín did not sing songs that demanded bravura performances. This is a shame, because he was more than capable of rising to the challenge. Daniel Sanchez, his partner in duets, may not have been equal to the task, a possible reason for the conservative material. Also problematic was the quartet form. Machín sounds better -- more dramatic -- backed by a large orchestra, as he is on Lamento Esclavo. The arrangements for the quartet, on the other hand, do not always show him to advantage. They can be repetitive, and one gets the sense that Machín was cranking some of these tunes out, which, no doubt, he was. Still, Machín's place in Cuban -- and American -- musical history is secure, and justifiably so. When he's at his best, Machín's coloratura can send a chill up your spine. ~ Spencer Harrington 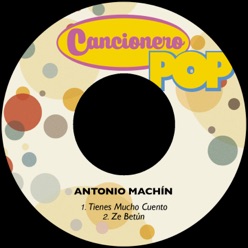 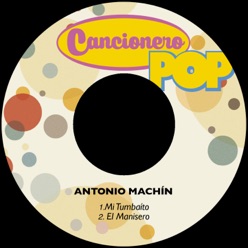 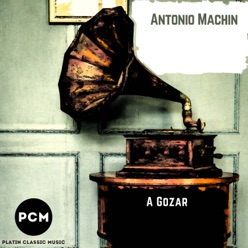