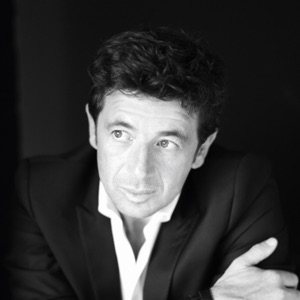 CIUDAD NATAL
Tlemcen, Algeria
NACIMIENTO
14 de mayo de 1959
Acerca de Patrick Bruel
Actor and singer Patrick Bruel was one of France's biggest stars during the '90s, first making his name as a teen idol and leading a return to traditional French chanson in the new millennium. Bruel was born Patrick Benguigui in Tlemcen, Algeria, on May 14, 1959. His father abandoned the family when Patrick was only a year old, and in 1962, after Algeria won its independence, his mother moved to France, settling in the Paris suburb of Argenteuil. A fine soccer player in his youth, Patrick first settled on the idea of being a singer after seeing Michel Sardou perform in 1975. As luck would have it, acting would bring him his first success; first-time director Alexandre Arcady ran an ad seeking a young man with a French-Algerian (or "pied-noir" in French slang) accent for his film Le Coup de Sirocco. Benguigui (as he was still called) responded and won the part. The following year, he spent some time in New York City, where he met Gérard Presgurvic, later to become his primary songwriter.nnReturning to Paris, Bruel appeared in several films, television shows, and plays, and cut his first single, "Vide," in 1982. It failed to attract much attention, but his next effort, "Marre Cette Nana-là" ("Enough of That Chick"), was a substantial hit in 1984. A follow-up, "Comment Ça Va Pour Vous" ("How's It Going for You"), also found success in 1985. Bruel released his debut album, De Face, in 1986, but it failed to live up to expectations and didn't sell particularly well. After several more film appearances and a live recording made at the Olympia, Bruel recorded a second studio album, Alors Regarde, in 1989. Paced by the smash hit "Casser la Voix" ("To Break the Voice"), the album made Bruel a superstar in Europe and Canada, and would eventually go on to sell over three million copies. Bruel embarked on a sold-out tour; throngs of screaming teenage girls packed his concerts, leading the French media to dub the phenomenon "Bruelmania" (though some critics harbored reservations about his musical talent). A second live album, Si Ce Soir, was culled from the tour.nnFor his third studio album, 1994's Bruel (aka Bruel 3), Bruel tried to move away from his heartthrob-balladeer image by delving into guitar-oriented rock u0026 roll, as on the single "Bouge." The results weren't as commercially successful as before, though Bruel still remained quite popular. A third live album, On S'était Dit, was recorded during the supporting tour in 1995, spawning the Johnny Hallyday-penned single "Pour Exister"; also, the Spanish-language collection Plaza de los Heroes helped break him in the Spanish and South American markets that year. Bruel subsequently took some time off from recording to concentrate on acting, as well as international concert appearances. A skilled poker player, he also joined the World Series of Poker tour, winning the world championship in the Limit Hold 'Em event in 1998. Bruel finally returned to the studio and completed his fourth proper album, Juste Avant, in late 1999; it found him beginning to experiment with international influences from South America and North Africa. Supported by heavy touring over 2000, the album was a hit, selling over a million copies; it was followed by the double live set Rien Ne S'efface.nnBruel had previously covered classic French chansons, usually in concert, but in 2002, he jumped into the style with both feet. The double studio album Entre Deux ("Between Two" -- i.e., between the two World Wars) featured 23 selections from the golden age of French cabaret pop, and found him working with a wide array of guest stars, including Johnny Hallyday and the legendary Charles Aznavour. Some criticized Bruel for seemingly retreating into tradition at a point when the conservative right wing was dominating national politics, though it's unlikely that Bruel -- who once canceled several concerts to protest the growing power of right-wing radicals in certain parts of France -- was intentionally espousing any such sympathy. In any case, his audience followed the move, helping to keep traditional French pop alive and vital for new generations. In 2006, the album Des Souvenirs Devant went to number one in both the French and Belgium pop charts, as did his 2012 effort Lequel De Nous after a six year musical hiatus. ~ Steve Huey 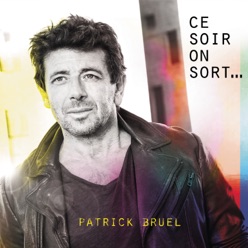 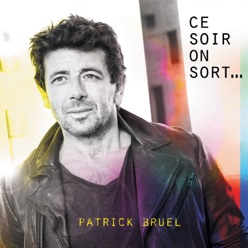 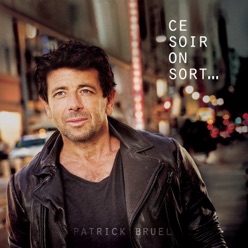