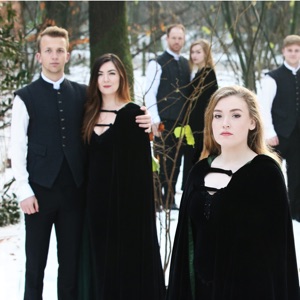 ORIGEN
Dublin, Ireland
FORMACIÓN
1987
Acerca de Anúna
Irish composer and choral director Michael McGlynn formed the chamber choir Anúna in Dublin in 1987 with the intent that it would unite the discipline of classical choral singing with the unaffected spontaneity typical of Irish folksinging. Until 1991 the group was named An Uaithne, which comes from the collective term for three types of traditional Irish song: lullaby, happy song, and lament. Its earliest repertoire was made up primarily of music from the 11th through the 16th centuries, but it has broadened considerably to include traditional songs of Irish, English, Welsh, French, and Cajun origins; Baroque polyphony; contemporary classical works; crossover collaborations with pop stars; and arrangements and original compositions by McGlynn.nn Anúna came to international attention through its performance in Riverdance in 1995, and has tended to be linked to the show in the popular imagination, although its actual involvement in Riverdance was not large and the music used was not characteristic of the choir's usual work. Anúna typically performs with 12 to 14 members singing a cappella with no conductor, in costumes, and using candlelight. It has performed at Dublin's National Concert Hall, the World Festival of Sacred Music, the BBC Proms, and the Concertgebouw Hall in Amsterdam, and has toured 20 countries worldwide. The choir has performed in the premieres of works like McGlynn's Celtic Mass and Philip Hammond's Requiem for the Lost Souls of the Titanic.nnThe group's recordings reflect the diversity of its repertoire and its flexibility in working in a variety of genres. Besides its work on Riverdance, Anúna has collaborated with popular artists such as the Chieftains, Clannad, the Wiggles, and Elvis Costello, and is featured on the soundtrack of the video game Diablo III. Albums such as Invocation (1994/2002), Deep Dead Blue, which was nominated for a Classical Brit Award (1999), Sensation (2006), and Sanctus (2009) feature the group's characteristic concert repertoire, much of it composed or arranged by McGlynn, as does the 2009 DVD Invocations of Ireland. Holiday albums include Winter Songs (2002), Christmas Memories (2008), and Christmas with Anúna (2011).nn In 2009, Anúna initiated an outreach program featuring choral workshops that have been held in Dublin, Poland, Sweden, Japan, and the Netherlands. In 2010 it officially changed its name to Anúna, Ireland's National Choir. The choir celebrated its 25th anniversary in 2012 with the release of the album Illumination. ~ Stephen Eddins 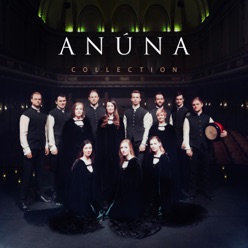 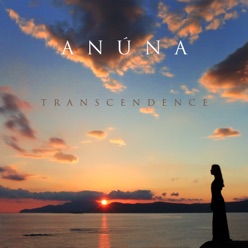 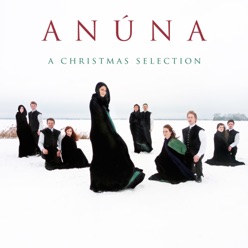